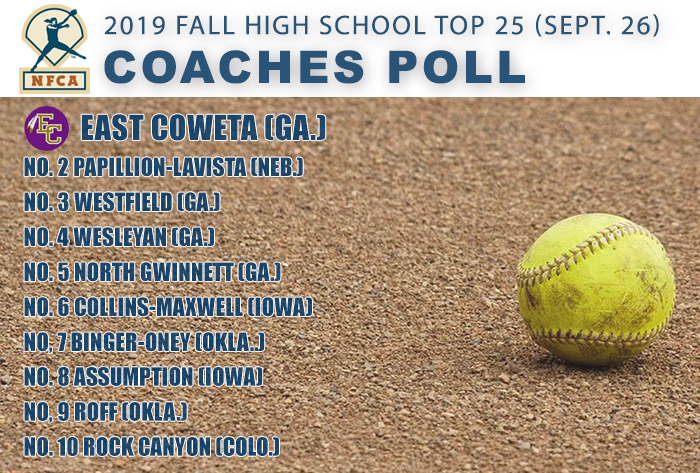 East Coweta (24-0) won seven more games to remain at No. 1 for a fifth straight week, while Papillion-LaVista went 6-0 to reach 27 victories and stay second in the rankings for a third week.

Holy Family, the top-ranked team in Colorado’s Class 4A, is the lone newcomer in this week’s poll at No. 12. The (13-1) Tigers scored three more triumphs, including a 10-7 victory over then-No. 3 Erie on Tuesday.