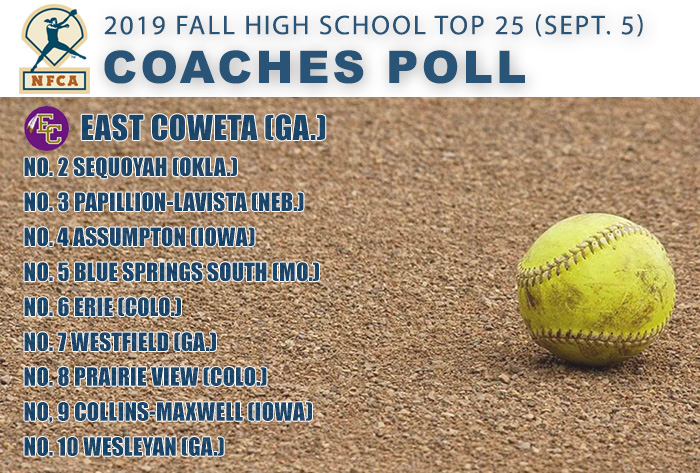 LOUISVILLE, Ky. — East Coweta tuned up for its rivalry game at Newnan next week with a 12-1 home rout of Campbell on Tuesday to remain firmly atop the NFCA Fall High School Top 25 Coaches Poll for a second straight week.

The two-time defending Class 7A state champion Indians are now 13-0 this season and 81-2 over the last two-plus seasons.