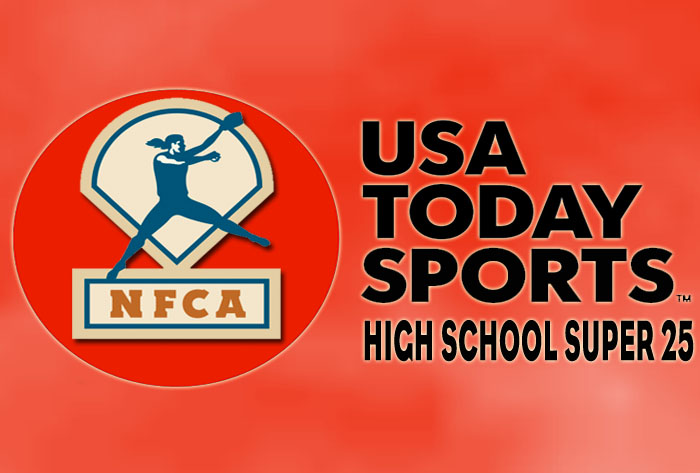 LOUISVILLE, Ky. — The top two remain the same in the USA Today Sports/NFCA High School Super 25, while several other teams moved up or moved out this week.

LaGrange (Texas) continues to lead the way with a 28-1 record, and is on a seven-game win streak since suffering its only loss. Unbeaten Eagle (Idaho) remains second in the poll at 18-0 after dodging its first loss by scoring four runs in the bottom of the seventh to rally by Boise, 6-5, on March 15.

Deer Park (Texas) moves up two spots to No. 3 after winning both its games last week to reach 30-2, while Bald Knob (Ark.), Los Alamitos (Calif.), Crown Point (Ind.), Bishop Carroll (Wichita, Kan.) and Mission Viejo (Calif.) made similar improvements to round out the first eight.

Winning streaks for Sherwood (93 games), Viera (24 games) helped make a case for their teams entering the poll, while losses dropped Reed, Eastlake and San Benito on the list, and caused nine other teams to fall out entirely.

State rankings submitted by NFCA member coaches are used to help compile the USA Today Sports/NFCA High School Super 25. Records for this week’s poll include all games played through April 18.