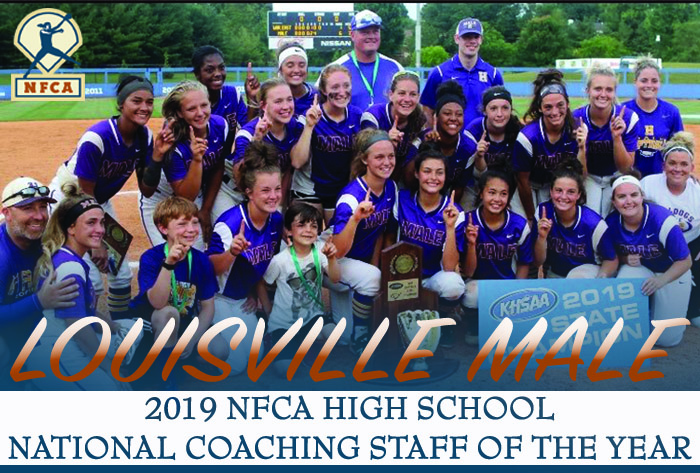 Bloomer, along with assistant coaches Erika Downy, Annie Gordon and Ron Pence, steered the Bulldogs to an undefeated season (39-0) and the No. 1 ranking in the final USA Today Sports/NFCA High School Super 25 poll. On its way to the title, Male outscored opponents 341-39 and scored the most runs in a single season by a Jefferson County Public Schools fastpitch program. Additionally, the season included the largest run differential per game, fewest runs allowed per game, and most runs scored per game for a KHSAA state champion since 2002.

Bloomer, recently hired as an assistant coach at Duke University, was a finalist for USA Today’s National High School Coach of the Year award, while his staff was selected the 2019 Kentucky 3A State Coaching Staff of the Year. In seven seasons at the helm, Bloomer’s Bulldogs compiled a 221-58-2 (.790) ledger.