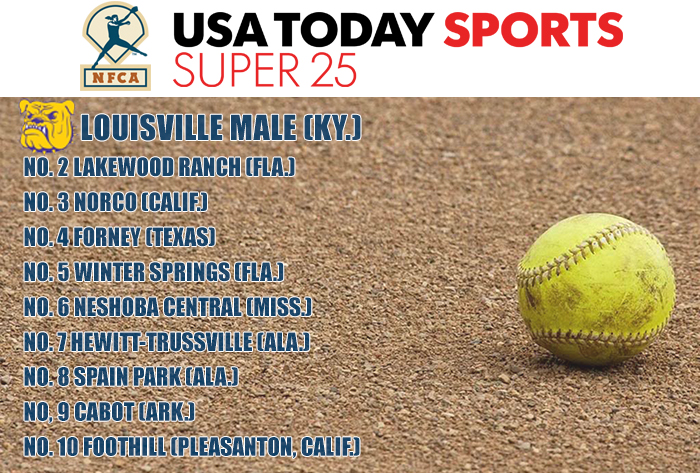 Male, which went 39-0 and outscored its opponents 338-39 last year, leapfrogged both Neshoba Central and Norco in the last ranking of the season. They had much closer games in the state finals, but still managed to win all three contests, beating Boyle County, 4-0, in the quarterfinal; edging Clay County, 2-1, in eight innings, in the semis; and topping Warren East, 6-1, in the championship.

Male has now won 45 of their last 46 games, dating back to May 2018. Greenwood, which went 44-0 in 2013, recorded the only other undefeated season since Kentucky started playing fastpitch softball in 1995. The Bulldogs open the 2020 season on March 21 at South Warren.