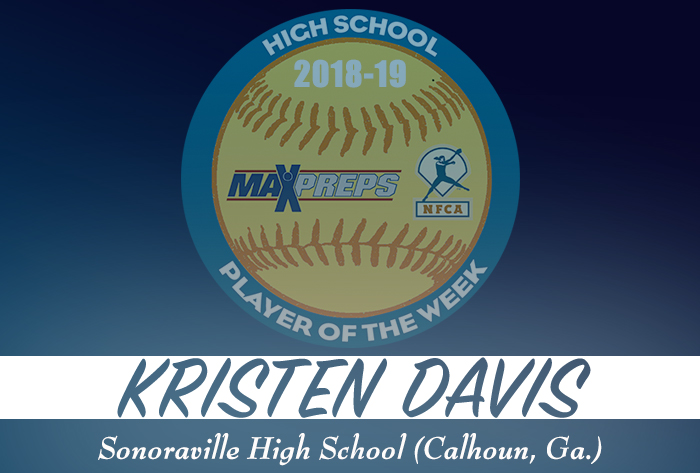 LOUISVILLE, Ky. – Kristen Davis of Sonoraville High School (Calhoun, Ga.) was named MaxPreps/NFCA National High School Player of the Week for her outstanding play during the week of Oct. 8-14.

Davis twirled nine hitless innings in a pair of 2-0 wins over North Hall High School. With the two-game sweep, the Phoenix advance to the Sweet 16 of the Georgia High School state playoffs.The senior hurler tossed her first no-hitter of the season in the opener, striking out 11 and walking one. In game two, Davis recorded a perfect two-inning save in which she fanned four batters. At the plate, she was a perfect 5-for-5, which included a double and RBI in the game-one victory. On the year, Davis is 15-4 with a 0.85 ERA and 185 strikeouts in 139.2 innings of work.