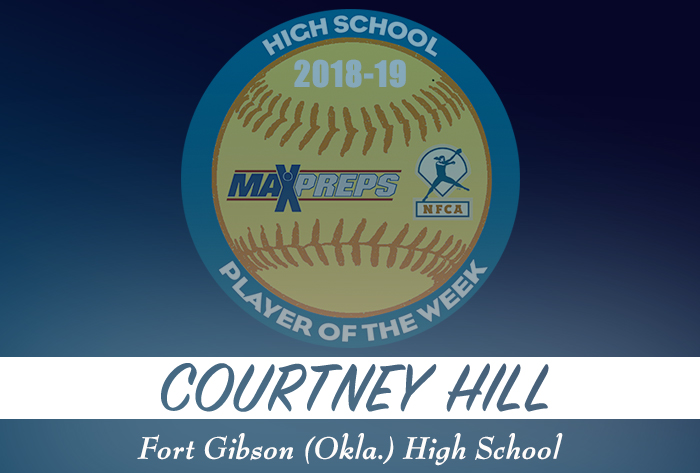 LOUISVILLE, Ky. – Courtney Hill of Fort Gibson (Okla.) High School was named MaxPreps/NFCA National High School Player of the Week for her outstanding play during the week of Sept. 10-16.

Hill tossed two shutouts and went the distance in three starts, keying Fort Gibson to three triumphs last week. She blanked Checotah in her first start of the week, holding the Wildcats to three hits and fanning seven in a 4-0 win. Hill combined to strike out 19 and scatter five in one-run victories over Muldrow (2-1) and Broken Bow (1-0). On Sept. 11 against Muldrow, she allowed a run on two hits and struck out a week-best 10 batters. Three days later, she capped the week off with a three-hit shutout of the Savages. Hill fanned nine and did not walk a batter.