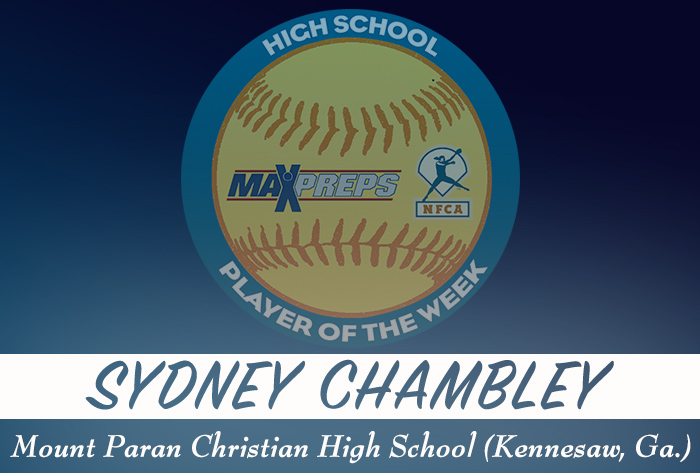 Chambley homered, doubled and scored three times against North Cobb Christian, while adding her second homer of the week and two RBI versus Fellowship Christian. She went the distance against North Cobb, scattering four hits, allowing four runs, one earned, with 13 strikeouts in the 9-4 win. Chambley did not allow a hit in three innings and fanned five versus Fellowship. She capped her week off by going 4-for-4 with a triple, four RBI and three runs scored, while allowing a hit and striking out five in four innings against Mount Pisgah Christian.