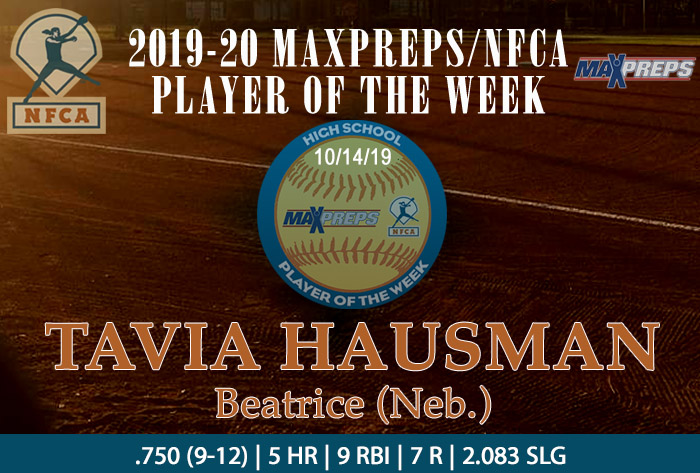 LOUISVILLE, Ky. – Tavia Hausman of Beatrice (Neb.) High School was named MaxPreps/NFCA National High School Player of the Week for her outstanding play during the week of Oct. 7-13.

Hausman registered four two-hit games and clubbed two of her long balls in a 10-2 win over Crete. The sophomore left the yard in both contests versus Crete as well as NEN and game two against York. She recorded three RBI versus Crete (game two) and two against NEN and York (game one).