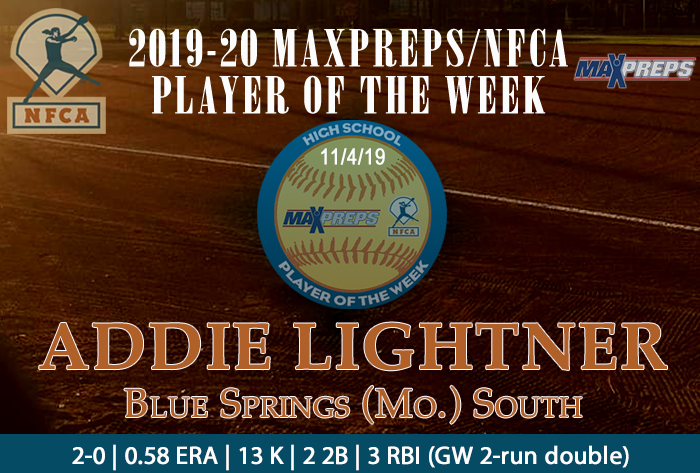 Lightner was 2-0 with a 0.58 ERA, 13 strikeouts, eight in the state semifinal, and one walk. She scattered eight hits and allowed two runs, one earned, in 12 innings of work. In the state semifinal, Lightner retired the final 15 batters after allowing two early runs and provided the clutch hit. Her game-winning two-run double in the bottom of the sixth lifted Blue Springs South to a 3-2 win over Rock Bridge and a fourth straight appearance in the title game.

In the championship tilt, Lightner tossed a five-hit shutout with five strikeouts in a 10-0 triumph over Raymore-Peculiar. Offensively, she recorded another double and RBI.