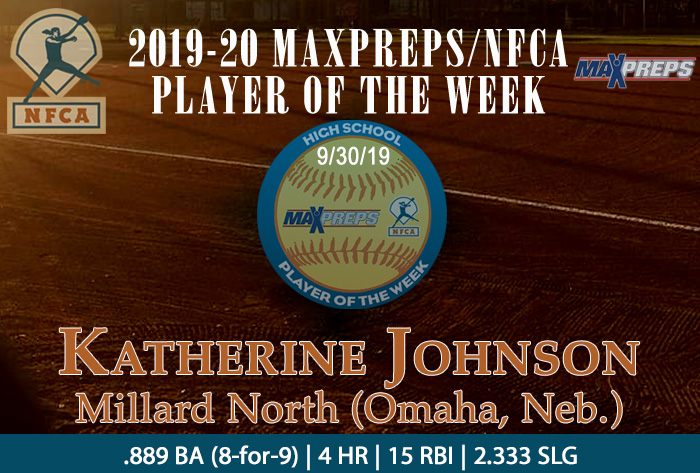 LOUISVILLE, Ky. –  Katherine Johnson of Millard North High School (Omaha, Neb.) was named MaxPreps/NFCA National High School Player of the Week for her outstanding play during the week of Sept. 23-29.

Behind four home runs and 15 RBI, Johnson powered the Mustangs to three wins last week. She hit .889 (8-for-9), scored six runs and slugged 2.333. Johnson’s 15 RBI more than doubled her season total to 27, driving in a season-best six in a 13-8 win over Ralston. The freshman outfielder was 4-4, launched two home runs, recorded five RBI and scored three times against Omaha Northwest. She also went 3-for-3 with a long ball and four RBI versus Millard South.