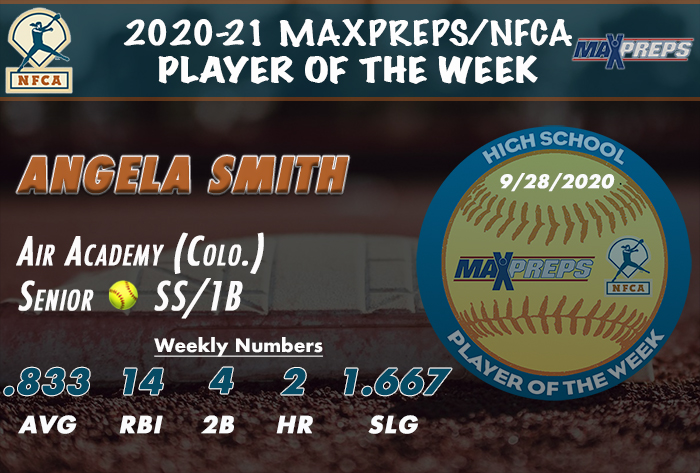 Highlighted by a two-home run, eight-RBI performance against Lewis-Palmer, Smith keyed the Kadets to three big wins last week. Against the Rangers, Smith was 4-for-5 with a double and four runs scored to go along with her first two long balls of the season and eight RBI in the 17-3 victory. For the week, she hit .833 (10-for-12) with four doubles, two home runs, 14 RBI and eight runs scored. The senior captain slugged 1.667 and did not strike out.

Smith opened the week with a perfect 3-for-3 outing in which she doubled and scored three times against Pine Creek. She added two doubles, drove in four run and scored twice versus Vista Ridge. For the year, Smith is batting .650 (26-40) with nine doubles, 23 RBI, 19 runs scored and a 1.025 slugging percentage.