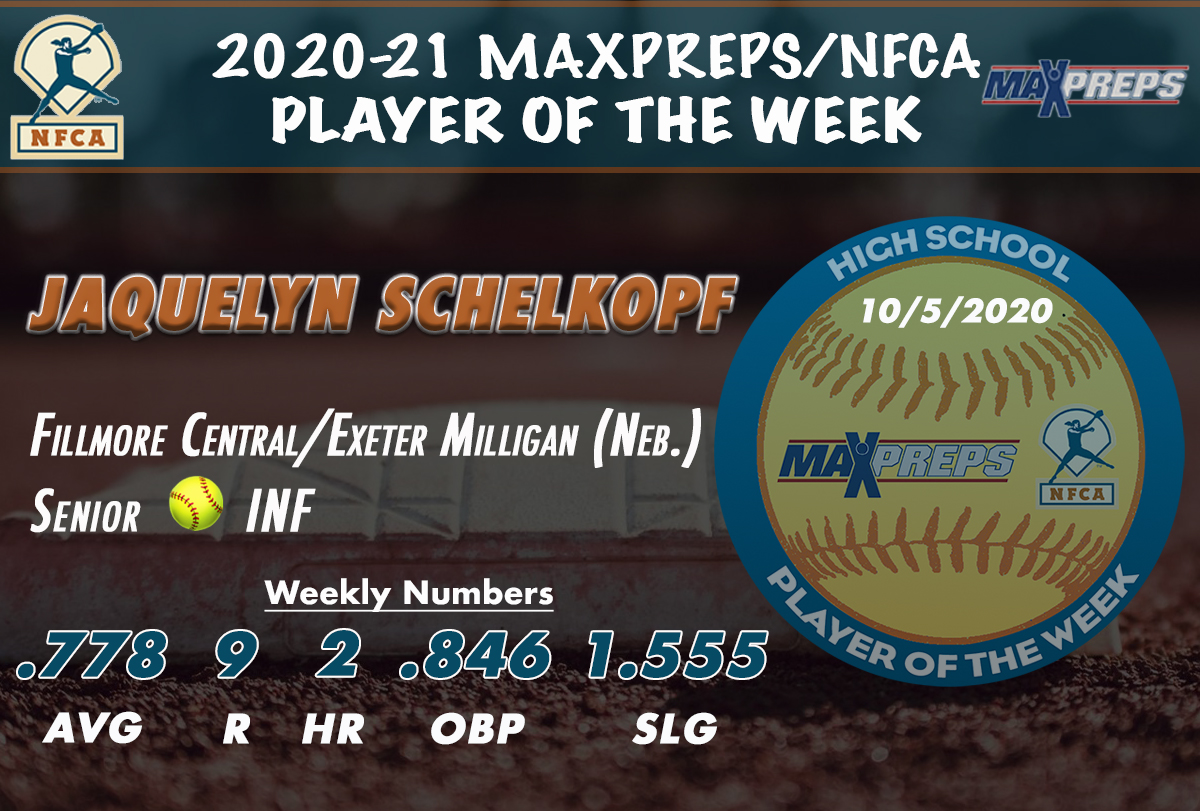 Schelkopf paced the Fillmore Central/Exeter-Milligan offense last week, hitting .778 (7-for-9) with a double, two home runs, six RBI and nine runs scored. She slugged 1.555 and drew four walks, attributing to her .846 on-base percentage. Schelkopf went 3-for-4, homered, doubled, and scored four runs in a 15-6 win over Milford. The senior also left the yard, walked twice and drove in three runs against Adams Central. She capped off the week by scoring three more times in a one-run victory over Freeman. For the season, Schedlkopf is batting .507 with eight doubles, four homers, 28 RBI and 37 runs scored.