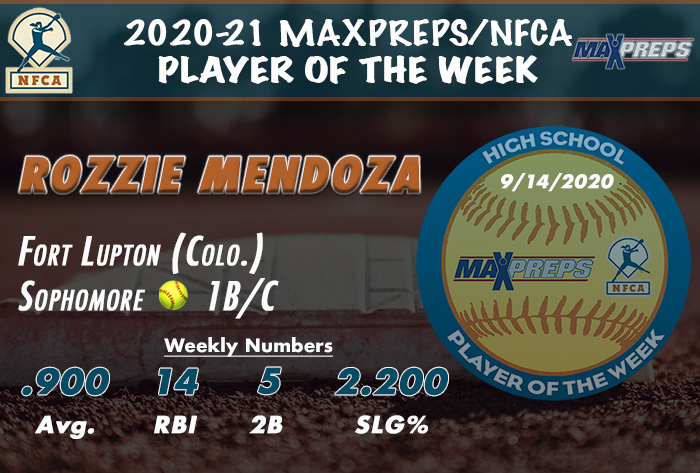 Mendoza powered Fort Lupton to three big wins, batting .900 with eight of her nine hits going for extra bases. She recorded a trio of three-hit games, five doubles, a triple and two home runs for a 2.200 slugging percentage. Mendoza drove in 14 runs, scored eight times and did not strike out in 10 plate appearances.