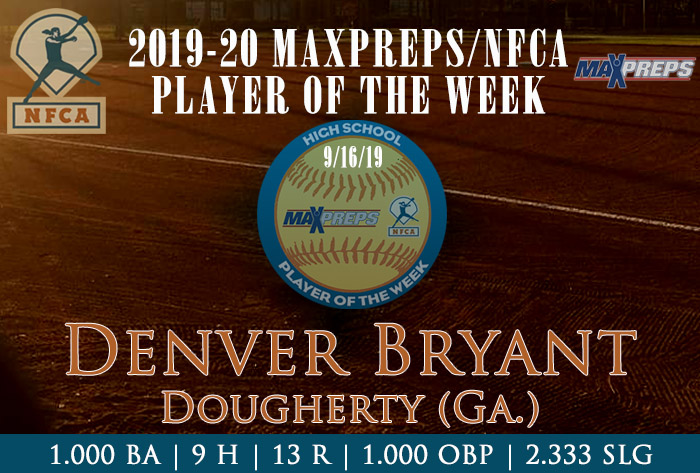 LOUISVILLE, Ky. – Denver Bryant of Dougherty High School (Albany, Ga.) was named MaxPreps/NFCA National High School Player of the Week for her outstanding play during the week of Sept. 9-15.

Bryant put forth a perfect week at the plate, recording nine hits, six for extra bases, and drawing four walks. She registered two doubles, two triples, two home runs, eight RBI, 13 runs and a 2.333 slugging percentage as the Trojans posted a 4-0 mark last week. Bryant drove in four runs and homered versus Furlow Charter School and crossed the dish four times against Hardaway (2-for-2, triple) and Westover (3-for-3, triple), respectively. The senior infielder added a 3-for-3 outing with two doubles, a long ball, three RBI and three runs scored versus Randolph-Clay.