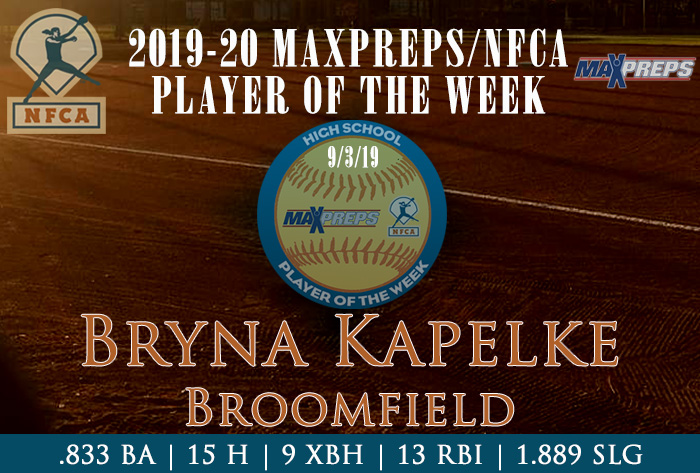 LOUISVILLE, Ky. – Bryna Kapelke of Broomfield (Colo.) High School was named MaxPreps/NFCA National High School Player of the Week for her outstanding play during the week of August 26-Sept. 1.

Kapelke hit .833 (15-for-18), recording nine extra base hits (two doubles, four triples, three home runs) for an 1.889 slugging percentage, 13 RBI and eight runs scored. Her offensive output keyed the Eagles to a 4-1 week, including a 3-1 showing at the Colorado Tournament of Champions. In an 8-5 win over Dakota Ridge, Kapelke was 4-for-4 with a double, two homers and five RBI. She registered two triples and a long ball versus Brighton. The junior added three more hits (double, triple) and two runs scored in a 9-7 triumph over Union High School out of Oklahoma.