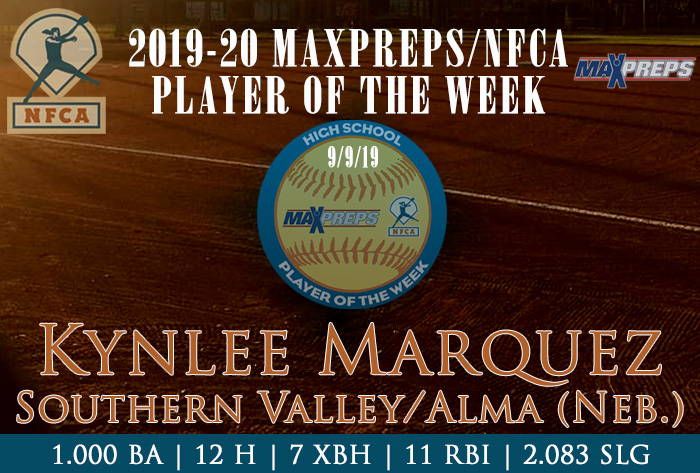 Marquez was a perfect 12-for-12 at the plate with three doubles, two triples, two home runs and 11 RBI helping her squad to a 3-1 week. She matched a season-high with five RBI and was a single short of the cycle in an 11-0 victory over Blue Hill. Marquez collected four hits, two of which were doubles, versus Fillmore Central/Exeter-Milligan. The junior homered, scored three times and recorded two RBI in game two against Chase County. Additionally, Marquez was 2-1 with a 1.07 ERA and 24 strikeouts in the circle. She scattered five hits and allowed two earned runs over 13 innings of work. Marquez fanned a season-high 11 batters in four innings against Blue Hill.