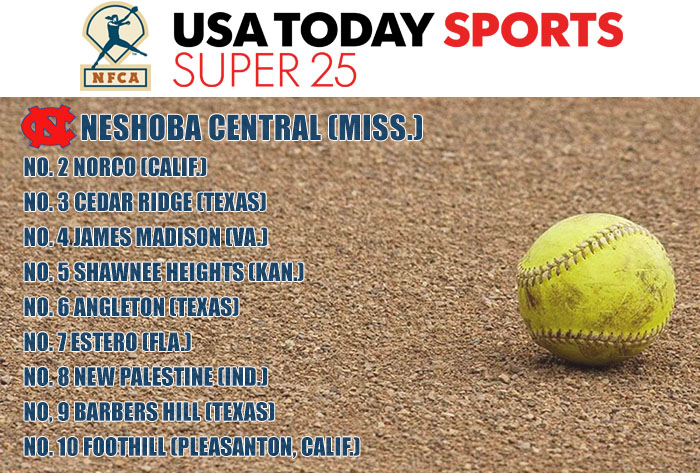 The (16-0) Rockets, fresh off Tuesday’s 5-0 victory over Philadelphia, will put their 55-game win streak on the line later today at Cleveland Central.

Meanwhile, the eight teams below them remained unchanged, after going a combined 14-0 last week. Among them, No. 2 Norco rolled past Corona on Tuesday, 13-1, while Tori McCann’s six strikeouts and three RBI propelled third-ranked Cedar Ridge by Leander, 10-6, and third-ranked James Madison scored a lopsided 15-0 win over Langley in its opener.

Two teams going different directions this week were Kentucky’s Louisville Male and California’s Huntington Beach. The (6-0) Bulldogs continued their unbeaten start with a 13-1 triumph over Butler on Wednesday to gain eight places, while the (10-2) Oilers dropped eight spots off a pair of losses.

The lone newcomer this week is North Carolina’s South Granville (6-0), which debuts at No. 15, replacing Olathe Northwest (Kan.) which fell out of the rankings after losing its opener.