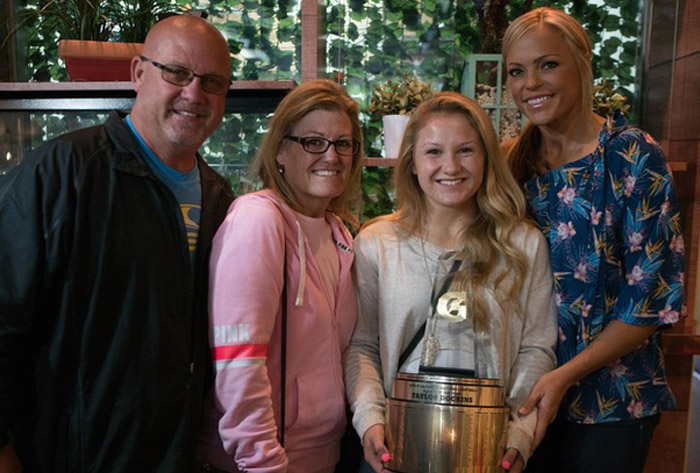 FULLERTON, Calif. – Incoming freshman Taylor Dockins from Norco High School was announced as the 2016-17 Gatorade National Softball Player of the Year on Wednesday.

Dockins was selected from a national advisory panel of sport-specific experts and journalists from a pool of 360,000 high school softball players from across the nation. Dockins now is also a finalist for the Gatorade Female High School Athlete of the Year award, which will be presented in July.

In the circle, the right-handed pitcher led the Norco Cougars to a 31-1 overall record this year and a Southern Section Division I title, recording a 1.00 ERA and throwing 183 strikeouts in 203 innings. At the dish, Dockings had a .454 batting average with 30 runs scored, 27 RBI, and a .649 slugging percentage. She broke the Southern California record for career wins with 108 victories.

Dockins signed a letter of intent in November to play on the Cal State Fullerton softball team this upcoming fall along with Jody Cova, Hannah Johnson and Samantha Kennedy.