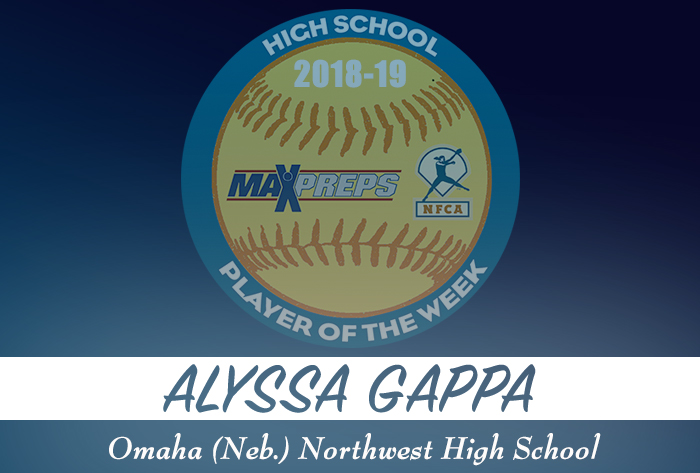 LOUISVILLE, Ky. – Alyssa Gappa of Omaha (Neb.) Northwest High School was named MaxPreps/NFCA National High School Player of the Week for her outstanding play during the week of Sept. 17-23.

Gappa powered the Huskies to a 4-1 week, launching six home runs, knocking in 14 and slugging 2.071. The junior recorded three multi-homer contests and drove in five runs twice. Against Omaha North and Lincoln, Gappa launched two long balls and drove in five runs, scoring four and three times, respectively. The other two-homer game came in a win against Benson in which she was 2-for-2 with three RBI and two runs scored. For the week, she hit .786 (11-for-14) with four multi-hit contests, 12 runs scored and a .824 on-base percentage.