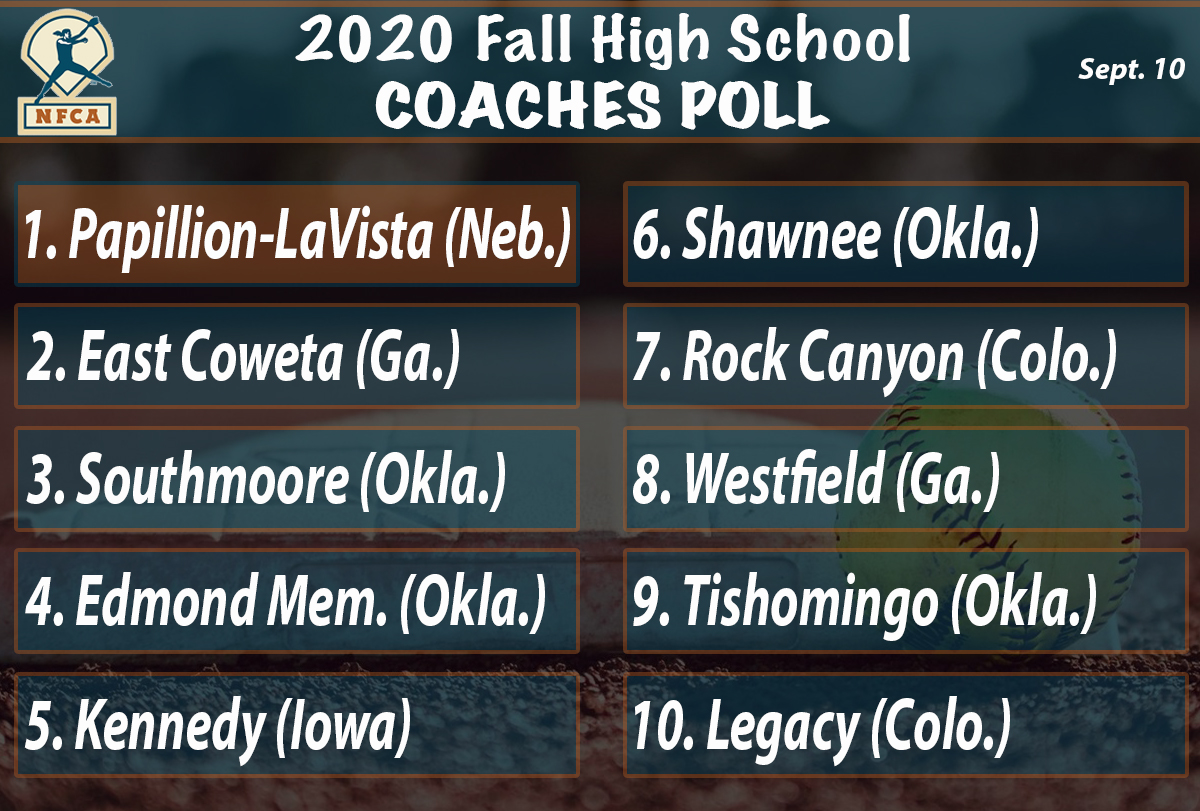 Reigning state champion Papillion-LaVista (14-0) broke its own Oklahoma record with its 50th consecutive victory in a 3-0 win over No. 19 Skutt Catholic on Saturday in the final of the Papio South Invitational. University of Oklahoma commit Jordyn Bahl fanned 15 batters on 78 pitches (50 strikes) and allowed just one hit in the triumph. The Monarchs had previously won 49 straight in 2017-18.

East Coweta (10-0), meanwhile, shook off a 5-2 deficit with nine unanswered runs over the final three innings against Whitewater to stay unbeaten. Kaliyah Matthews hit a go-ahead three-run homer in the fifth and Jaliyah Holmes struck out seven over three innings of relief to extend her scoreless-innings streak to 28. East Coweta hosts No. 17 Newnan today in a matchup of nationally-ranked squads.

There are still 10 unbeaten teams in the rankings, including new No. 9 Tishomingo (17-0), the defending Oklahoma Class 3A titlist, which has outscored its opponents, 154-1, so far this season.

Missouri’s Lee’s Summit North (8-0) continued its ascent up the Top 25, inching past Colorado’s Broomfield (8-0) and into the 11th spot on the strength of a three-win week. Cierra Harrison was perfect in the Broncos’ 12-0 victory over Staley on Wednesday, and tossed a one-hitter in Lee’s Summit North’s 10-0 rout of Liberty on Tuesday.