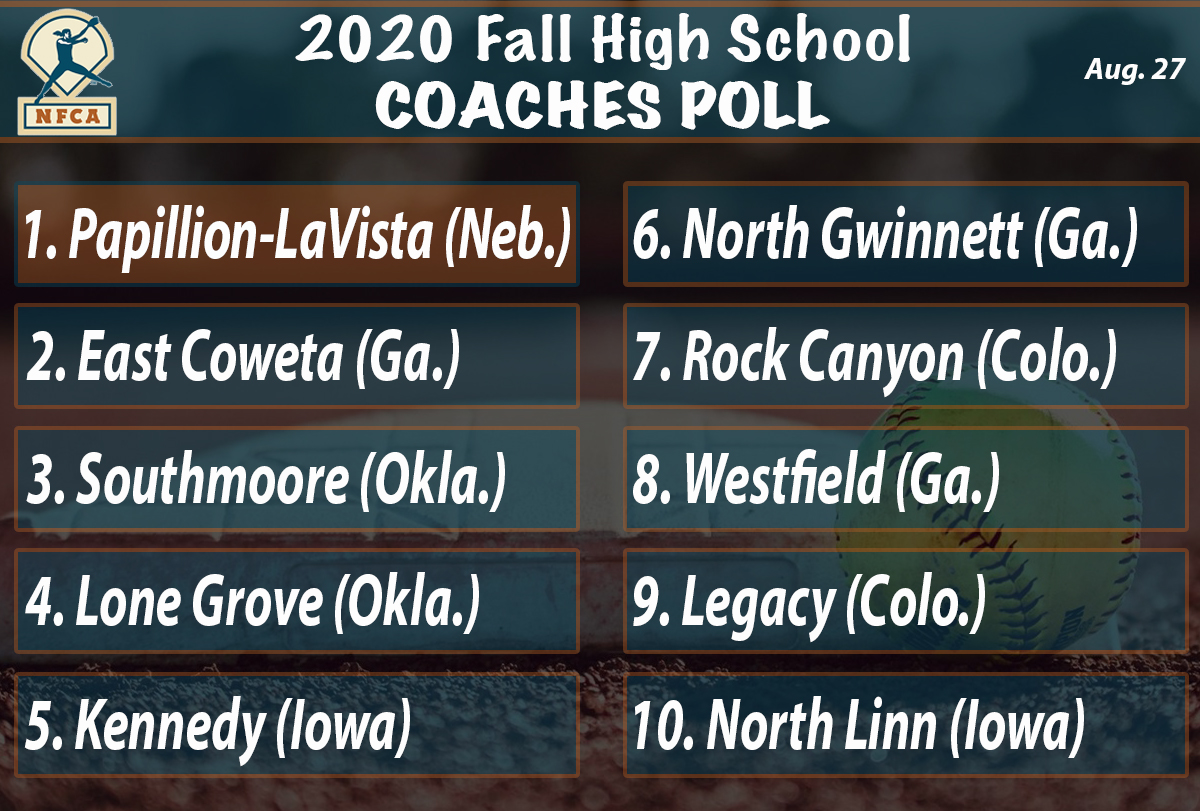 Papillion-LaVista (6-0), which has outscored opponents 60-0 so far this year, extended its win streak to 42 games with a 9-0 rout of No. 19 Skutt Catholic earlier this week. Oklahoma commit Jordyn Bahl went 3-for-3 with two homers and a double, while also striking out 10 of the 16 batters she faced and allowing just a fifth-inning single in the win.

Meanwhile, fellow perennial power East Coweta’s biggest foe this season has been the weather, with nearly as many games cancelled or postponed (four) as games that the undefeated Indians have won (five). Most recently, Jaliyah Holmes outdueled Georgia recruit Rebecca Muh, with 16 strikeouts in a 4-0 one-hit shutout over McIntosh.

Eight of the top nine teams in the ranking are unbeaten, including three from Georgia and two each from Colorado and Oklahoma. Kennedy (26-1) is the outlier at fifth, after winning 19 straight en route to its first Iowa Class 5A crown late last month. Fellow Iowa champions Albia (12th), Clarksville (14th) and Ogden (22nd) also appear in the Top 25.