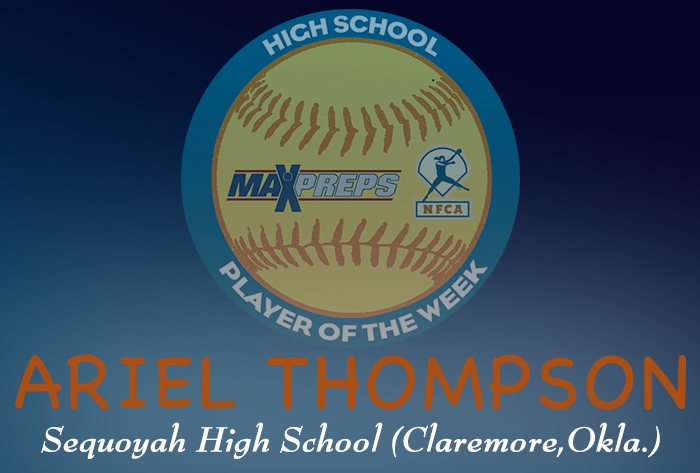 LOUISVILLE, Ky. – Ariel Thompson of Sequoyah High School (Claremore, Okla.) was named the first MaxPreps/NFCA National High School Player of the Week of the 2018-19 season. Thompson is recognized for her outstanding play during the week of Aug. 6-12.

Thompson went 3-0 in the circle with three shutouts and 40 strikeouts, while homering twice and knocking in 11 runs at the plate. She opened the 2018 campaign by firing a four-hit shutout with 16 punchouts in a 1-0 win over Lincoln Christian. Thompson continued her dominance, tossing two more one-hit shutouts (five innings) against Jay (13 K) and Locust Grove (11 K). The sophomore homered and doubled in each of those contests and drove in eight runs against Locust Grove.