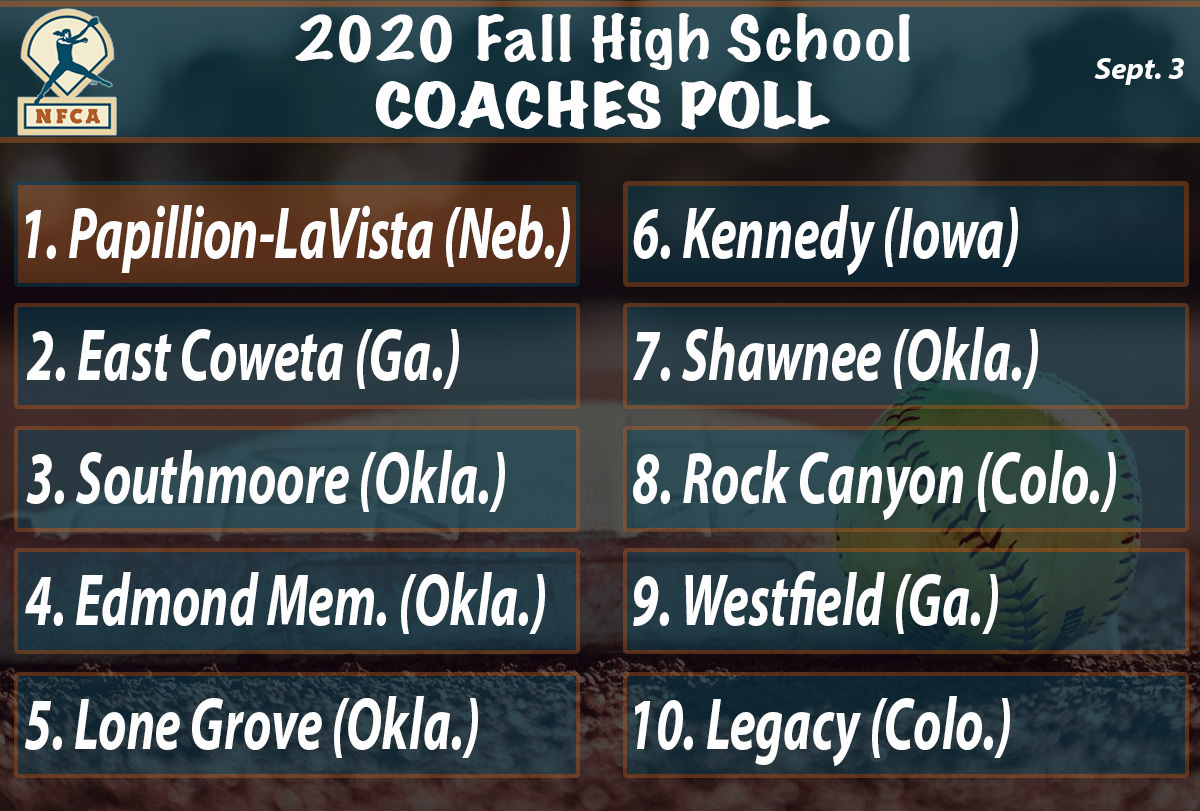 LOUISVILLE, Ky. — Four new teams joined the rankings, but there was no movement among the top three teams this week in the 2020 NFCA Fall High School Top 25 Coaches Poll.

Reigning Nebraska state champion Papillion-LaVista (11-0) and Georgia’s East Coweta (9-0) kept setting the place in the first two spots, while Oklahoma’s Southmoore (14-0) scored a second-straight shutout win to remain solid in the No. 3 position.

Papillion-LaVista outscored its two opponents 14-1 this week, while Jaliyah Holmes’ 14-strikeout perfect game on Wednesday propelled East Coweta to the latest of its four recent victories.

Unbeaten newcomer Edmond Memorial (13-0) makes a big statement by debuting at the No. 4 spot, dropping fellow Oklahoma school Lone Grove (10-0) down one place from last week’s ranking, while Shawnee (16-0) enters the mix as well at seventh, giving Oklahoma four teams in the top 10.

Ten of the top 12 teams in the Top 25 are unbeaten, including four from Oklahoma, two each from Colorado and Georgia, and one apiece from Missouri and Nebraska.