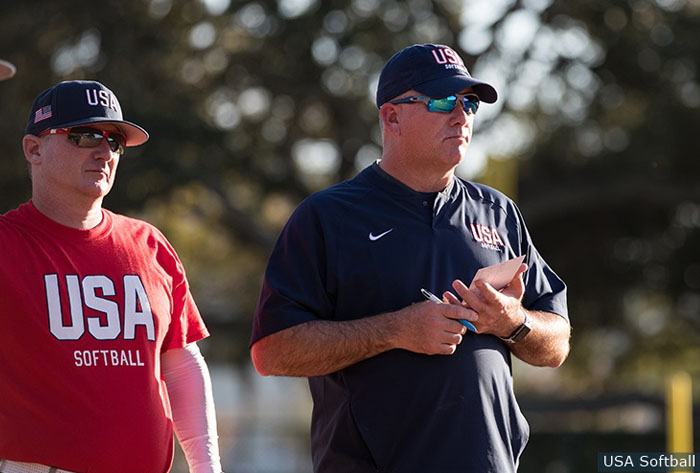 This will be the first stint with the USA Softball U19 WNT for both Baldwin and Ball-Malone, while Walton previously served as an assistan tcoach for the 2015 roster.

Baldwin is entering his fifth season with Georgia, having served as both a volunteer and assistant coach until his promotion to associate head coach shortly after the 2016 season.  In his tenure, the Bulldogs offense has found successful production, consistently landing in the Top 5 in the country in batting average the past two seasons.

“I am honored to be selected to work with the U19 Women’s National Team this summer,” said Baldwin.  “Like the players, it has always been a dream of mine to be able to represent my country in competition. I am looking forward to spending the summer with Coach Tarr and the rest of the staff to prepare this team to be at its best at the U-19 World Cup. What I am most looking forward to is investing in the players and helping them in their journey through softball.”

Ball-Malone is currently in her first season as head coach at UCF.  Prior to joining the Knights in June of 2018, she had four seasons at the helm of Boise State’s softball program.  At Boise State, she led the team to the program’s first NCAA postseason appearance at the 2017 National Invitational Softball Championship before following up with a 2018 NCAA tournament berth.

“I am truly thankful for this opportunity given to me by USA Softball and coach Tarr,” said Ball-Malone.  “It is a pleasure and an honor to work with the talented athletes that were selected. This will be a remarkable experience working with these young athletes and traveling the world representing the Red, White and Blue.”

Walton helped guide the 2015 U.S. squad to the Gold Medal in dominating fashion, with the team going undefeated and leading the tournament with a .425 batting average while scoring 119 runs in 10 games played.

Collegiately, Walton is entering his 14th season at the helm of Florida.  In his 14 seasons, Walton has established the Gators as a softball powerhouse, capturing back-to-back national titles in 2014 and 2015.

“I am thankful to USA Softball and the selection committee for putting their trust in me as an assistant coach,” said Walton.  “I cannot wait to help prepare and develop this group of young women for another run at the WBSC U-19 Women’s World Cup.  This is a tremendous opportunity as there is no greater honor than being able to represent your country in international competition.”