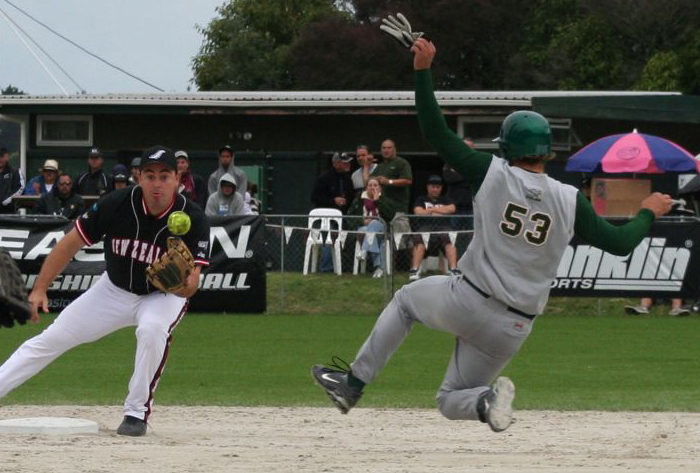 TALLAHASSEE, Fla. — After an impressive career for the Black Sox, as well as his skill, passion and accolades as a softball coach, Florida State’s Travis Wilson was inducted into the Softball New Zealand Hall of Fame at the 80th Annual General Meeting on September 2 in Wellington, New Zealand.

Wilson, a native of Christchurch, New Zealand, is one of four members of the 2017 Hall of Fame Class, including Leslie King, Jarrad Martin and Patrick Shannon. Wilson becomes the 69th member of the Softball New Zealand Hall of Fame, which began in 1988.

“Without a doubt, this is the biggest honor I have ever received in my career,” said Wilson. “I didn’t really know what to say when I found out. I played a lot of years with the New Zealand softball team and it was a pretty successful time for us. When I went away to play professional baseball in the United States for several years, I thought I may have missed my shot to get into the Hall of Fame. But, having come back after my baseball career and playing again for my country, I’m so excited that they have recognized me. Again, I couldn’t be more proud of Softball New Zealand, the Black Sox and everything they’ve achieved over the years and so happy to receive this recognition.”

Wilson first played for the Junior Black Sox in 1993 at the age of 15 and helped New Zealand place second at the Junior World Championships, falling to the Canadian U-19 team in the championship game. He earned his first appearance with the senior team in 1994, becoming the youngest to play with the Black Sox, and remained with the team until coming to the United States and playing baseball in the Braves minor league from 1997 until 2004.

Joining the Florida State coaching staff in 2012, he has helped the Seminoles turn into one of the top programs in college softball. FSU has earned five consecutive ACC regular season titles, four ACC Tournament Championships, five trips to the NCAA Super Regionals and have posted a record of 305-76-1 (.800 winning percentage) in his six years at Florida State. the Seminoles had finished the year with 286 runs scored, 40 home runs and 238 RBI.

Wilson joins University of Oregon’s head coach Mike White (2009) in the Softball NZ Hall of Fame, and both are currently finding extensive success in the collegiate game. The Ducks will come to Tallahassee to play in a tournament with the Noles in the early part of the 2018 season. Fellow 2017 Hall of Fame inductee Leslie King is also the head coach at Penn, where the Quakers had the Ivy League Player of the Year in 2017 (Leah Allen) as well as five All-Ivy honorees.