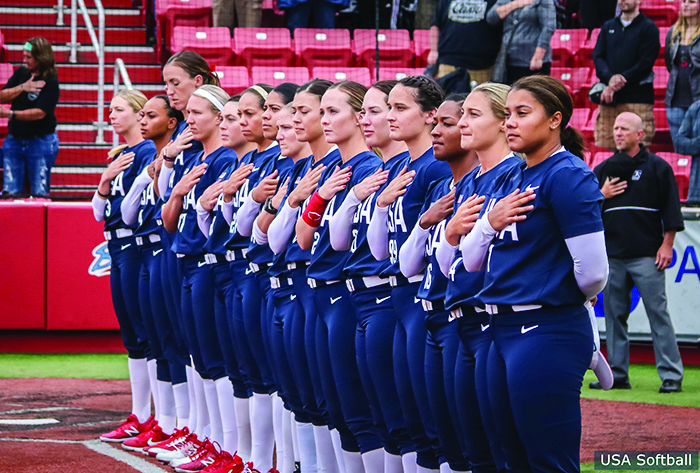 “It’s not easy when you have to choose 15 among 18 great athletes,” said WNT Head Coach, Ken Eriksen. “The nice part for us is that all 18 will be with us all summer, but it just so happens to be that the roster for the Pan American Games has to be 15. This is a very tight group, and we will use the Pan American Games as a motivator going into the Tokyo 2020 Olympic Trials and then the 2020 tour.”

Prior to taking to the field in Lima, the WNT will participate in the Japan All-Star Series June 22-25 and then the USA Softball International Cup, July 1-7 in Columbus, Ga. The team will break briefly before heading to Lafayette, La. July 20-24 and Houston, Texas July 25-30 for training and exhibition games against Scrap Yard Fast Pitch, an independent professional softball team. Information on exhibition games will be announced at a later date. From Houston, the WNT will participate in the Pan American Games, where Team USA has been nothing short of dominant. In 10 appearances at the Pan American Games, the WNT has compiled an all-time record of 93-4 with eight Gold Medal and two Silver Medal finishes.