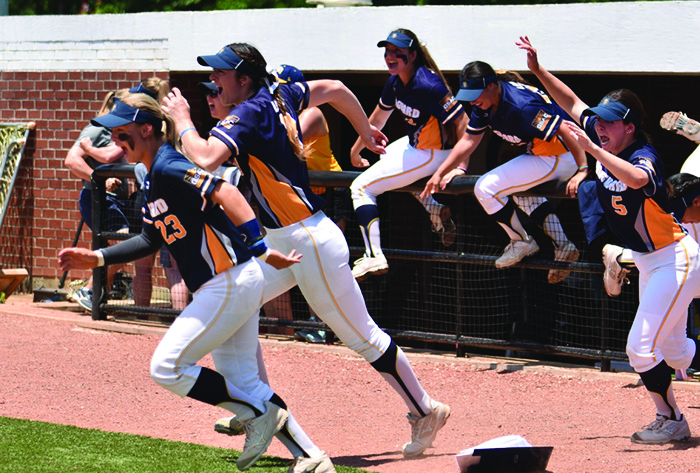 KANSAS CITY, Mo. –  The National Association of Intercollegiate Athletics (NAIA) has announced the official seeds and bracket for the 2019 NAIA Softball World Series presented by Taco Bell that runs May 23 – 29 in Springfield, Mo. The 10-team, double-elimination event will be played at Killian Sports Complex with Evangel Athletics serving as the official host.

The World Series’ first pitch occurs on May 23 at 10 a.m. CST between No. 7 Mobile (Ala.) and No. 10 Oregon Tech. Overall No. 1 seed Science and Arts of Oklahoma punched its ticket to the World Series for the fifth time in program history. The Drovers, winners of the Dodge City Bracket, have been ranked No. 1 in each of the last five Coaches’ Top 25 Polls to end the year. They are the defending national champions with a 56-2 overall record, Science and Arts of Oklahoma has a bye and will take on the winner of the No. 8 and No. 9 seed game between Georgia Gwinnett and Vangaurd on May 24 at 7:00 p.m.

No. 2 Marian (Ind.) and No. 3 Oklahoma City are both making their fourth consecutive appearance at the series. Ten-time national champion Oklahoma City qualifies for its 32nd all-time NAIA Softball World Series and 27th in the last 28 years. The Stars hold NAIA records for most NAIA World Series wins (127), appearances and national titles. Mobile (Ala.), winners of the Gulf Shores Bracket qualifies for its 20th time in program history. Coming in as the No. 7 seed they are looking to earn their second national title.

All ten qualifying have made at least one trip the NAIA Softball World Series as a program. Amongst the teams, both Vanguard (Calif.) (pictured) and No. 6 Valley City State (N.D.) are returning for the first time since 2006.

Three of the ten Opening Round Champions were hosts of the 2019 NAIA Softball Opening Round including Georgia Gwinnett, No. 5 Lindsey Wilson (Ky.), and Oklahoma City.

There will up to 19 games played during a seven-day span on one championship stadium field. There are four games on each of the first three days (May 26 is off day), three contests on May 27, two games on May 28 and the championship final on May 29.

Advanced World Series tickets may be purchased by clicking here.

The qualifiers are comprised of 10 NAIA National Championship Opening Round champions, which were completed today. To see those champions, click here.