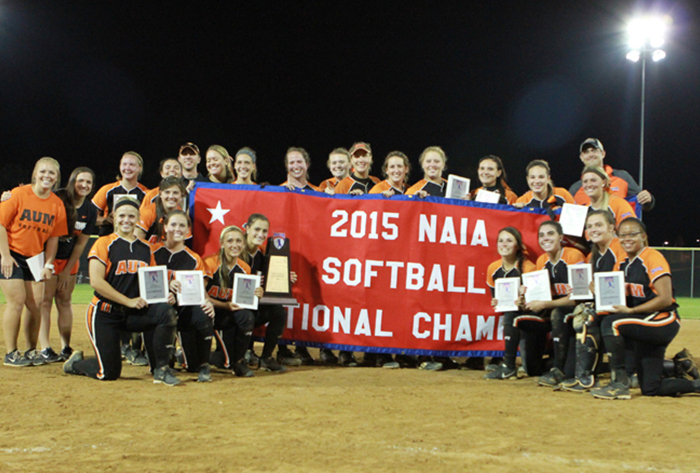 Top 25 Highlights (historical information dates back to 2000):
• With all 18 first-place votes and 498 total points, No. 1 Auburn Montgomery (Ala.) lands its fourth all-time top position.
• The Warhawks won their second-ever title with a 10-0 “if necessary” championship win over Lindsey Wilson (Ky.) on May 28, 2015.
• National runner-up Lindsey Wilson checked in with 482 points and No. 2 ranking this week.
• No. 4 LSU Alexandria (La.) has now been in the top 10 in 20-straight polls dating back to 2014.
• These newcomers join the Preseason Top 25: No. 18 Vanguard (Calif.), No. 23 Lindenwood-Belleville (Ill.), No. 24 Indiana Wesleyan and No. 25 St. Francis (Ill.).
• Lindenwood-Belleville and St. Francis are each mentioned for the first time in school history.
• Vanguard and Indiana Wesleyan were last recognized during the 2015 campaign.
• No. 17 Corban (Ore.), who finished with a 39-18 record in 2015, hails the best improvement of five positions within the Top 25.
• There was minimal negative movement as only one school, No. 4 LSU Alexandria, dropped down from its postseason status of No. 3.
• No. 6 Oklahoma City leads all active schools with 112-straight rankings, falling no lower than 18th during that stretch, which dates back to start of 2004 season. No. 9 William Carey (Miss.) is second with 75-consecutive mentions.
• Through all 10 polls last year, there were 40 different ranked teams.
• Since 2000, 12 teams have topped the poll with former member California Baptist leading the way with 46 all-time No. 1 appearances, followed by Oklahoma City at 28, Concordia with 24, former member Simon Fraser (B.C.) with 18, Thomas (Ga.) with 13, Mobile (Ala.) with five, Auburn Montgomery and former member Lubbock Christian (Texas) with four.Poll Methodology
• The poll was voted upon by a panel of head coaches representing each of the conferences and the Association of Independent Institutions.
• The Top 25 is determined by a points system based on how each voter ranks the best teams. A team receives 30 points for each first-place vote, 29 for second-place and so on through the list.
• The highest and lowest ranking for each team (a non-rating is considered a low ratings) is removed and the team’s ranking will be recalculated with an additional point added to each team for every ballot (including discounted ballots) that the teams appears on.
• Teams that receive only one point in the ballot are not considered “receiving votes”
• For the complete calendar of 2016 Top 25 Polls, click here