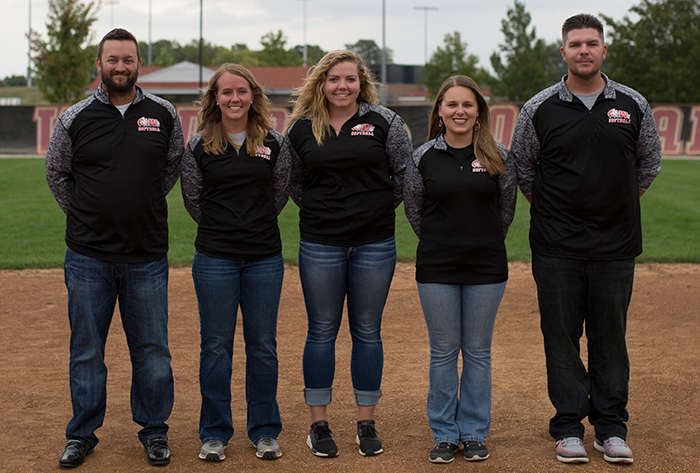 LOUISVILLE, Ky. – Guiding Indiana Wesleyan University to its second straight NAIA Championships appearance and school-record 58 wins, head coach Steve Babinski and his staff have been recognized by their peers as the 2018 NFCA NAIA National Coaching Staff of the Year. It marks the first honor for the program led by Babinski, along with assistant coaches Evelyn Waymire, Kevin Juber and Lindsey Krippel and graduate assistant Alyssa Morris.

In addition to their second straight NAIA World Series appearance, the Wildcats collected their first-ever win at the tournament, a 3-2 eight-inning triumph over Faulkner. Indiana Wesleyan not only reached 50 wins for the first time, but collected the most victories this season amongst NAIA programs. The Wildcats, who finished second in the Crossroads League regular season, took home the league tournament title by knocking off then-No. 2 Marian (Ind.) twice on the final day. The momentum carried into the NAIA Opening Round as Indiana Wesleyan won the Hattiesburg Bracket as the top seed.

Babinski, who completed his seventh season with IWU, has guided the program to 298 wins. Over his 14-year head coaching career, he has compiled a 518-258 record and reached the 500-win milestone on April 20, 2018 in game one of a doubleheader sweep of Huntington.