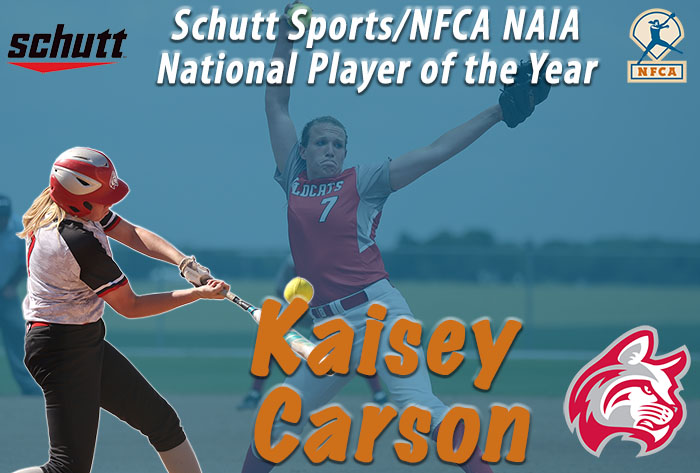 Carson, who was named a NFCA First-Team All-American yesterday, posted a 24-10 record with a 1.97 ERA in the circle. She twirled a two-hit shutout against top seeded Saint Francis (Ill.) in the first game of the NAIA National Championship Opening Round Bowling Green Bracket, which paved the way for IWU’s run to the World Series.

This is Carson’s third Player of the Year accolade of 2017, earning hardware from the Crossroads League and the National Christian College Athletic Association.

The award was voted on by the members of the NFCA’s NAIA All-American and Coaching Staff of the Committee.