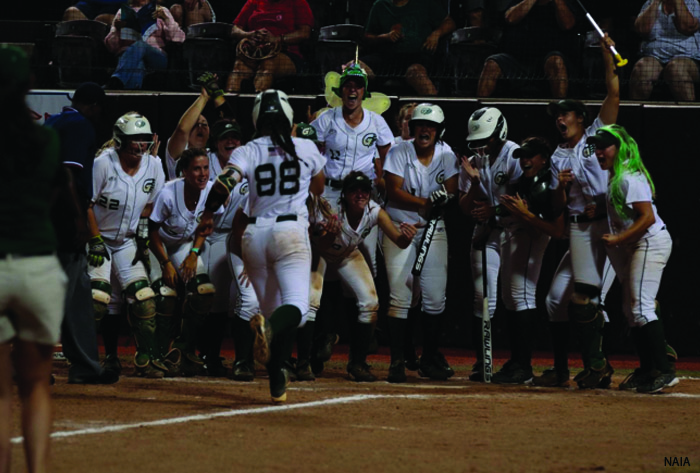 Springfield, Mo. - Mobile and Georgia Gwinnett came out on top on opening day of the 2019 NAIA Softball World Series. There were only two games played due to inclement weather.

Mobile edged Oregon Tech, 3-2, in walkoff fashion when Courtney Elizabeth ended the game with a RBI double down the leftfield line. Emily Fleetwood scooted home with the winning run after drawing a walk and swiping second base. She also flashed some leather ending Oregon Tech's last two innings with two-out diving catches in leftfield.

Tori Robinson smacked a game-winning home run to left in the top of the sixth to lift Georgia Gwinnett to a 2-1 victory over Vanguard. The Lions (46-12) tried to rally by getting the tying run on second in the seventh, but a sharp liner was snagged by leftfielder Piper Wagner to end the contest.

Vanguard graabbed a 1-0 lead in the first on Tatian Tabizon's RBI single. GGC evened the contest in the second on a sac fly by Aubree Cox.

Taylor Hansis picked up her 25th win on the season. She did not allow an earned run, struck out five and walked won for the Grizzlies. Vanessa Dwyer suffered the loss, falling to 22-5.

Georgia Gwinnett will face off against top-seeded Science and Arts at 4:30 p.m., while Vanguard heads to the loser's bracket and will play at 7:00 p.m. CT.