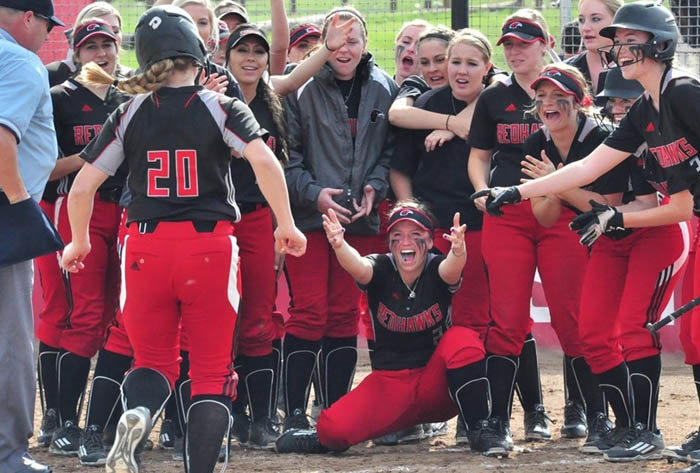 KANSAS CITY, Mo. – The National Association of Intercollegiate Athletics (NAIA) has released the list of 10 host sites for the fourth annual NAIA Softball National Championship Opening Round, the national office announced on April 14. The event will be played May 16–18 and features 10 four-team, double elimination tournaments. The 40 qualifiers and pairings for the National Championship Opening Round will be announced May 10. The opening round playing format can be found here

Two-time defending national champion Auburn Montgomery is the only team to win all three previous Opening Rounds from 2013 through 2015 – the Warhawks hosted the event in 2014 & 2015. The Warhawks are also one of two programs (William Carey (Miss.)) to be undefeated among teams appearing in multiple Opening Rounds.

Amongst this year’s hosts, Oklahoma City leads the group in Opening Round wins with a 9-3 mark. Auburn Montgomery and Lindsey Wilson follow with eight each.

The Opening Round site selection process takes into account: geography, facilities, student-athlete experience and host qualification. The application deadline for bids was April 1.

The champions from each of the 10 Opening Round tournaments will advance to the 36th annual NAIA Softball World Series in Sioux City, Iowa from May 27 – June 2. These programs will participate in a double-elimination national championship at the Elizabeth & Irving Jensen Softball Complex. Last year, Auburn Montgomery defeated Lindsey Wilson, 10-0, in 6 innings in the if necessary game May 28, to garner its second-consecutive softball championship.

NAIA Softball National Championship Opening Round Facts
o This opening round championship format occurs for the fourth time in the history of the sport, which spans back to 1981. From 2005-12, the championship format was played out at one location and included pool play with the champions advancing to double-elimination action.
o Opening Round All-Time Records (by seeds since 2013)
o No. 1 seeds: 68-22
o No. 2 seeds: 53-42
o No. 3 seeds: 36-65
o No. 4 seeds: 19-65
o Since the Opening Round format began in 2013, the top seed has been the Opening Round champion in 21-of-30 events. The No. 2 seed has won seven Opening Rounds, while No. 3 College of Idaho (in 2014) and No. 3 Dickinson State (N.D.) (in 2015) are the only No. 3 seeds to win their events. There has not been a No. 4 seed to win the Opening Round.
o Since the start of Opening Rounds in 2013, the hosts have gone a combined 76-31.
o Lindsey Wilson (Ky.) and Oklahoma City are the only programs to serve as Opening Round hosts in all four years.
o The 40-team Opening Round field will be comprised of 31 automatic qualifiers and nine at-large berths. The 17 conferences, including the Association of Independent Institutions (A.I.I.), will receive one berth per six teams and two berths per ten teams. In addition, two Unaffiliated Groups will receive two berths each.
o The 10 Opening Round champions will meet up at the NAIA Softball World Series in Sioux City, Iowa for a seven day, double-elimination event starting on May 27. There are four games during each of the first three days (Sunday is an off day); three games on May 31; two games on June 1; World Series championship final on June 2 (if necessary game to follow).
o The 10-team World Series bracket will be officially announced May 18 after the Opening Rounds have been completed (late in the day).
o Currently, 191 NAIA schools sponsor a varsity softball program among a membership of nearly 260 colleges, universities and conferences.