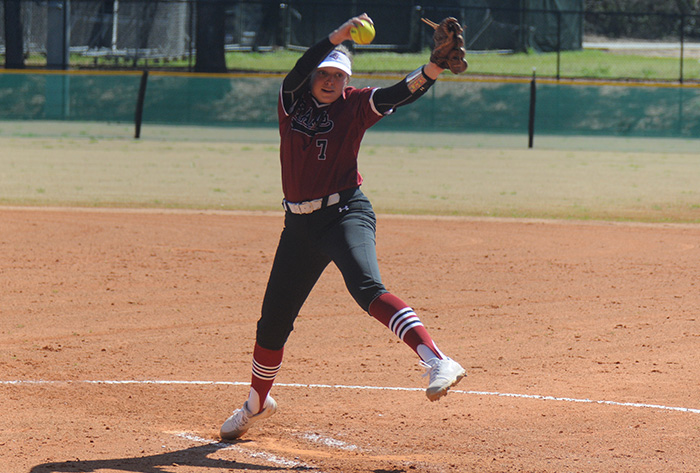 COLUMBUS, Ga. – Highlighted by nine one-run nailbiters, four walk offs and three extra-inning contests, the first day of the 2020 NAIA Leadoff Classic jam packed a lot of excitement into its first 16 games at the South Commons Softball Complex. No. 7 Mobile, RV Reinhardt and RV Rio Grande came out of day one undefeated.

The seventh-ranked Rams scored a pair one-run victories, 2-1 over Southeastern and 4-3 in nine innings against No. 13 Campbellsville. In their opener, Emily Butts provided the two-out RBI single in the sixth to forge ahead, while Brinkley Goff struck out 10 and allowed just two hits. Against the Tigers, the Rams used a three-run first to grab an early 3-0 lead. However, Campbellsville scored two in the bottom of the seventh to send it to extras. In the top of the ninth, Courtney Ellzey, who was 3-for-5 with two RBI, knocked in the game-winning run with a single.

Reinhardt opened with a 10-2, five-inning win over Coastal Georgia and followed with a 6-3 triumph over Thomas. After a leadoff home run by Coastal Georgia’s Mary Waldron, the Eagles scored 10 of the final 11 runs, highlighted by a six-run second. Against the Night Hawks, Lauren Parker’s two-run triple in the fourth put Reinhardt up for good. She finished the contest, 2-for-4 with three RBI. Thomas’ Addy Maupin gave her squad a 3-2 lead with a three-run home run in the top of the fourth.

Rio Grande sent 12 batters to the plate and scored eight runs in the second, keying the RedStorm's 9-1 six-inning victory over Bryan. Taylor Webb finished 3-for-5 with three RBI for Rio Grande. Kenzie Cremeens’ walk-off sac fly in the bottom of seventh capped off a 5-4 comeback win for the RedStorm, who trailed 4-0 after three innings. 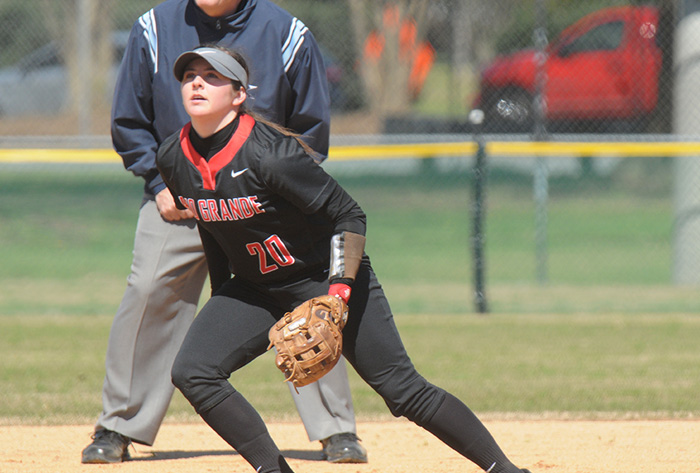 Warner pulled off an upset, defeating fifth-ranked Georgia Gwinnett, 6-2. Ashton Owen went 2-for-3 with two home runs and four RBI. That performance came right after she homered twice and drove in four in the Royals’ defeat to Bryan.

Campbellsville edged Georgia Gwinnett, 4-3, in its nightcap. Dana Adkins broke the 3-3 deadlock with a two-out RBI single in the top of the seventh. Payton Blades and Madison Davis each recorded two hits for the Tigers, while Lea McFadden, Sydney Willhite and Josie Haulk all recorded two base knocks for the Grizzlies.

Southeastern picked up its 2-1 victory courtesy of two-out walk-off double by Britt Robinson in the bottom of the seventh against Georgetown. It was the Fire’s only hit of the contest off Tiger hurler Audrey Dodd, who struck out eight.

Georgetown provided a walk-off win of its own in a 5-4 triumph over Lawrence Tech. Peyton Beger provided the heroics for the Tigers with a two-out, two-run single in the bottom of the seventh.

Thomas More also walked off to victory in an eight-inning affair versus Brenau. After the Tigers scored three in the top of eighth to grab a 6-3 lead, the Saints scored two to get within one. With runners on second and third, Andrea Gahan dumped a two-out, two-run double to push Thomas More to victory. She finished 3-for-5 with double, home run and five RBI.

Truett McConnell used a four-run fourth and held on for a 5-4 win over Thomas More in its tournament opener. Katherine Kozlowski had a double and two RBI for the Bears.

William Carey bounced back in a big way with a 9-0 five-inning victory over Truett McConnell. Haley Nations tossed a three-hit shutout with seven strikeouts for the Crusaders. Offensively, Aleigha Walden was 2-for-2 with a double and two RBI, while Dee Dee West went 3-for-3 with two doubles and three runs scored.

Coastal Georgia bounced back in its nightcap with a 7-6 nine-inning win over Brenau. The Mariners had rallied with three runs in the seventh to take a 6-4 lead only to see the Golden Tigers tie it in the bottom half and send it to extras. After a scoreless eighth, Bree Wells knocked in the game-winner with a RBI single in the top of the ninth.