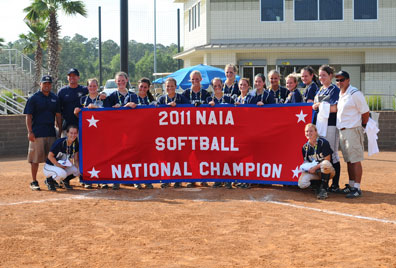 Oregon Tech defeated top-ranked Cal Baptist to win the NAIA national championship last month in Gulf Shores, Ala. The Hustlin’ Owls won the first tournament matchup of the two heavyweights, 1-0. Cal Baptist fought back through the losers’ bracket and forced a second title game with a 7-0 victory. Again, Oregon Tech was up to the challenge with another thrilling 1-0 victory.