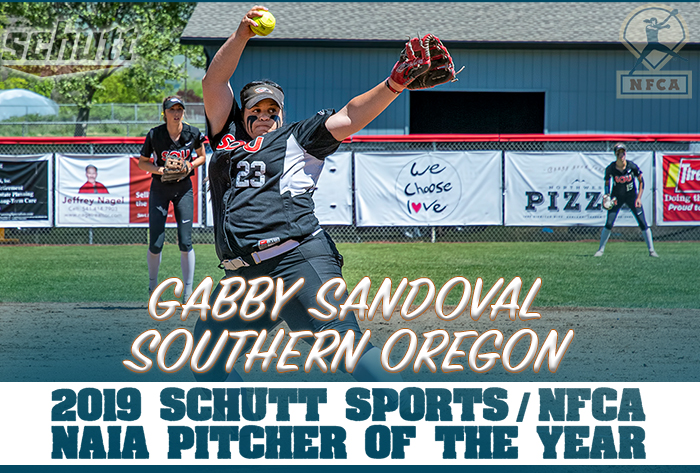 Sandoval was pivotal in the Raiders’ first NAIA national title, recording a 36-4 record, the 10th-highest win total in NAIA history, and most since 2013. The junior hurler posted a 1.19 ERA, which ranked 11thnationally, with a Cascade Collegiate Conference (CCC)-record 15 shutouts.

Named a NFCA First Team All-American, Sandoval fanned a school-record 207 batters in 252 innings of work, held her opposition to a .189 batting average and earned three saves. The CCC Pitcher of the Year allowed one or no earned runs in 25 of her 36 starts and ended 2019 with 77 career victories, another program mark.

The inaugural award was voted on by the members of the NFCA’s NAIA All-American Committee.