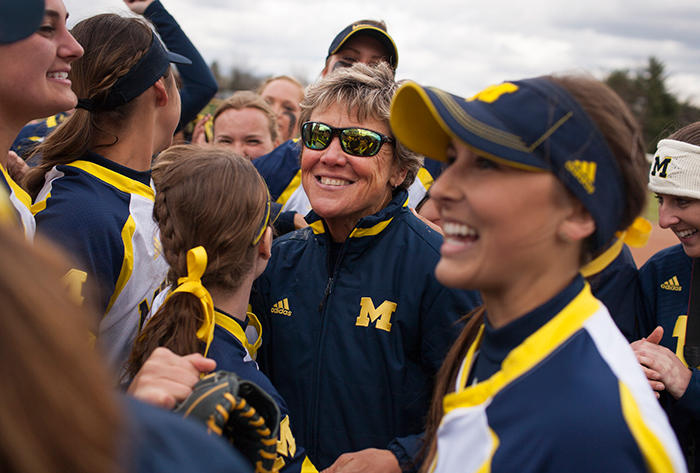 Hutchins, who tied former Fresno State coach Margie Wright with last night's (Friday, April 1) win against the Hoosiers, improved to 1458-474-4 over her 33-year coaching career. She has spent the last 32 seasons at Michigan and ranked as the Wolverines' winningest coach in department history.

The Wolverines struck early an often in the five-inning decision, opening just as they did last night with a two-run homer off the bat of senior second baseman Sierra Romero in the first inning. They would go on to score in three of the next four innings to complete the victory.

Junior RHP Megan Betsa (12-2) was solid from the circle, registering nine strikeouts and allowing just four hits and one walk en route to her fourth complete-game shutout of the season.