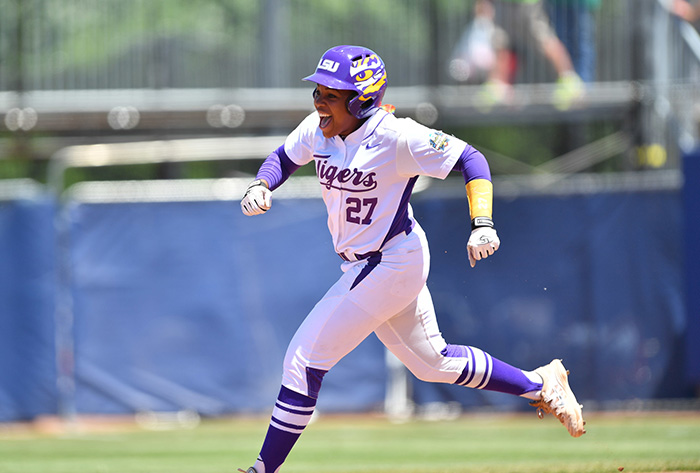 Bell gave Hoover all the runs she would need in the bottom of the first, lacing a two-run homer to right center for a 2-0 lead. She finished 2-for-3 with three RBI and two runs scored.

After Georgia got on the board courtesy of a Maeve McGuire RBI groundout, Bell laced her second long ball of the contest, a solo shot to center for a 3-1 advantage.

Constance Quinn, who was 2-for-3, added an insurance run for the Tigers with a one-out RBI single to left center in the bottom of the sixth.

Hoover allowed a run, struck out five and walked one, improving her record to 22-8.

Georgia Chelsea Wilkerson suffered the defeat. She surrendered four runs, three earned, on six hits with three strikeouts and one walk. Sydni Emanuel, Alyssa DiCarlo and Alex Hugo each recorded a hit for the Bulldogs.