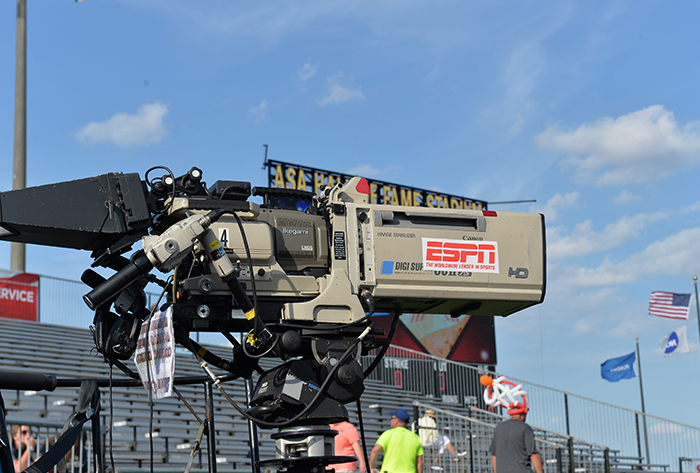 , ESPN will offer its most comprehensive NCAA Division I Softball schedule in 2016 with more than 600 games carried across ESPN, ESPN2, ESPNU, SEC Network, Longhorn Network, ESPN3, and SEC Network +.

In addition, NFCA Executive Director Carol Bruggeman, along with several NFCA All-Americans, former Olympians and professional athletes will serve as analysts throughout the season.

ESPNU/ESPN2
ESPNU and ESPN2 will begin their slate featuring the back-to-back National Champion Florida Gators hosting No. 16 Tennessee (March 18) and traveling to No. 5 LSU (March 26). Overall, the schedule will feature 17 ranked teams from the USA Today/NFCA Division I Top 25 Coaches Poll, including 16 appearances from top 10 teams; approximately 90% of the total games feature a ranked team. Additional highlights:

Home of the Post Season: ESPN will cover the NCAA Regionals, Super Regionals and every game of the Women’s College World Series. The selection show will air on May 15 at 10 p.m. on ESPNU. Details to be announced later in the season.

SEC Network begins the television coverage when No. 3 Auburn hosts Georgia State (March 6) and No. 2 Alabama hosts Stamford (March 8). It will televise a quadrupleheader March 12 and a tripleheader on March 13 featuring No. 17 Kentucky at South Carolina, Alabama at No. 5 LSU and No. 1 Florida at Auburn both days and Arkansas at No. 16 Tennessee on March 13 as conference play ramps up. Throughout the season SEC Network will air more than 50 games, concluding with the second round of the SEC Tournament on May 13.

SEC Network +, the digital home of the SEC Network, will stream more than 250 games this season featuring all 13 teams in the conference, including more than 20 appearances by No. 1 Florida.

and SEC Network’s + schedule is continuously updated at SECNetwork.com

ACC Softball: More than 50 ACC games including the quarterfinals and semifinals of the conference tournament.

No. 12 Florida State, whose series with No. 2 Michigan was streamed in February, will be seen more than 10 times this season, including  vs. No. 1 Florida (May 4) and vs. conference opponents No. 21 Notre Dame (April 2-3) and Louisville (May 7-8). Notre Dame will also be streamed more than 10 times this season, including the aforementioned series vs. Florida State and home series vs. Louisville (April 30 - May 1)

Sun Belt’s Ragin’ Cajuns: No. 6 Louisiana-Lafayette will be carried eight times this season

o    Big South: More than 25 games, most originating from Liberty

o    Southland: No. 5 LSU at Southern Louisiana (April 13) and the conference championship game

Please note: Not all ESPN3 games are exclusive. Schedules are continuously updated at ESPN3.com

Longhorn Network
Longhorn Network is the home of RV Texas softball, airing 33 Texas home games this season. Non-conference play vs. in-state rivals (UTSA, North Texas, and Texas State) will be televised in March before Longhorn Network airs 10 games vs. Big 12 opponents (No. 24 Baylor, Kansas, Oklahoma State and Texas Tech) in April and May. The complete Longhorn Network schedule and additional highlights can be found here.

College: Iowa
Honors:  As a Division I coach at Michigan, Purdue, and Louisville, achieved more than 700 combined wins; All Big-Ten and All-Mideast Region as a player, inducted into the Iowa Softball Association Hall of Fame (1997)

College: Arizona
Honors: National Player of the Year (1996) and Women’s College World Series MVP (’96) Four-time National Champion, winning three as a player (1993, ’94, and ’96) and one as an assistant coach, also with Arizona (1997), three-time first-team NFCA All-American

College: Toledo
Honors: Led the Rockets to the WCWS; holds the MAC record for batting average and hits. Former head coach at Bowling Green and Syracuse