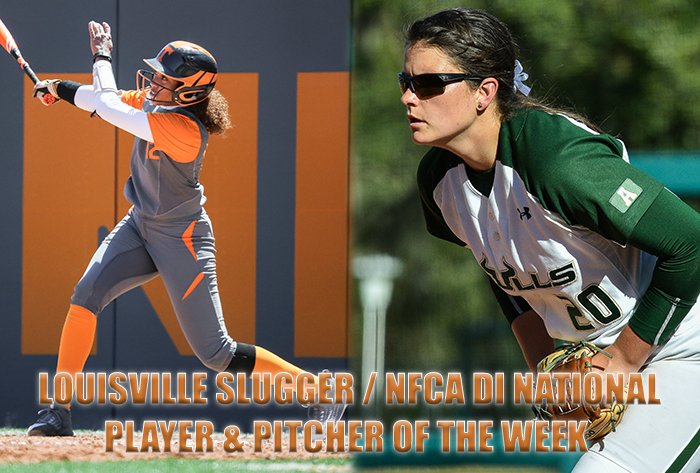 Gaffin had a dominant week at the plate helping Tennessee stay undefeated at home (17-0) with four wins last week, including a three-game SEC sweep of then No. 11 Texas A&M. The senior posted a team-best eight RBI and 1.077 slugging percentage and registered a pair of three-hit contests against the Aggies. In addition, she chipped in at the plate, batting .545 (6-for-11) with two doubles, three RBI and two runs scored.

“It’s such an honor to be chosen for this award and I couldn’t have done it without my teammates and coaches. There are so many great players in college softball and I’m just grateful to be considered among the best players in the country.”

The Thornton, Colo. native recorded a base knock in all four games with her biggest output of the week coming in game two of the series. She clubbed a grand slam and knocked in a career-high six runs in the series-clinching win. Gaffin also showcased her arm, picking up two wins with 14 strikeouts in 11 innings of work, including eight punchouts on Friday night against the Aggies.

“Rainey made a real effort last week to work on her approach at the plate and her mindset going into each at-bat,” said co-head coach Karen Weekly. “This award is a credit to her effort and staying committed to the process.”

Nunn, who improved to 20-6 on the season, was a perfect 4-0 over the week with two shutouts and 29 strikeouts. Posting a 0.32 ERA and a .188 opponent’s batting average, the senior southpaw allowed just one earned run and 15 hits over 22 innings of work.

“I’m thankful for this honor and to have this last season with my team,” Nunn said. “Coach Jessica Moore has helped me with my confidence in the circle and attacking hitters. My defense has continued to make great plays behind me to keep us in the ballgame.”

A native of Apex, N.C., Nunn recorded a week-high 11 strikeouts en route to a complete-game shutout in game two of an American Athletic Conference series against UConn. She opened the week with a two-hit blanking of Bethune-Cookman in which she fanned eight and did not walk a batter. In the other two contests against the Huskies, Nunn struck out six in a five-inning complete game and closed out the series by shutting out UConn over the final three innings to pick up her final win of the week in relief.

“It’s nice to see that Erica is getting national recognition,” said head coach Ken Eriksen. “She’s one of the main reasons why we are having such a successful year. The biggest difference this year for Erica has been her pitching coach, Jessica Moore. Jess has helped her mature not only in the circle but on the field as well.”