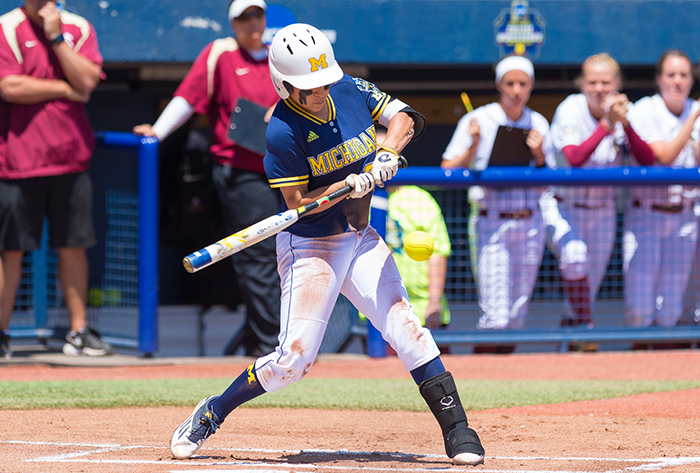 LOUISVILLE, Ky. – Michigan senior Sierra Romero has been named the inaugural Schutt Sports/NFCA Division I National Player of the Year, announced the Association on Thursday afternoon.

A four-time NFCA All-American, including three first-team nods, Romero is the first player in NCAA softball history to enter the 300-300-300 club with 302 runs, 305 RBI and 302 hits. Romero has scored more runs and hit more grand slams (11) than any player in NCAA Division I history and finished fourth all-time with a .882 slugging percentage and eighth with 82 home runs.

The award was voted on by the members of the NFCA’s Division I All-American and Coaching Staff of the Year Committee.