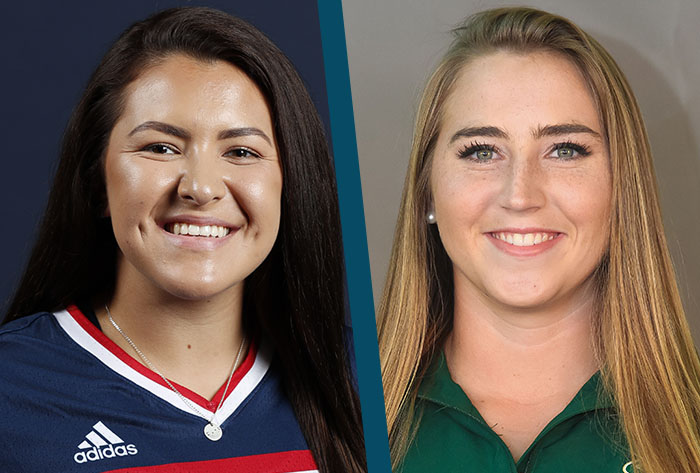 Over five games, Pociejewski hit. 611 with three doubles, four home runs, 12 RBI and eight runs scored. She recorded an .632 on-base percentage and slugged 1.444. The junior outfielder from Des Plaines, Ill. hit a walk-off two-run homer in a 6-5 victory over Dayton. Pociejewski went a career-best 4-for-4 with a double and two long balls against host Eastern Kentucky. She drove in four runs with a double and home run versus Akron. Pociejewski recorded four multi-RBI and three multi-hit contests. She also doubled and registered three RBI in UIC’s first game against Akron.

Corrick, the American Athletic Conference Pitcher of the Week, posted a 4-0 mark with a 0.59 ERA and 37 strikeouts to just four walks in 23.2 innings of work. She went the distance in all three starts, posting one shutout, while also picking up a win in relief. Corrick matched the program’s single-game strikeout record with 18 in an eight-inning victory over RV Wisconsin. The junior hurler tossed a two-hit shutout with eight punchouts in her first start against Iowa State. Corrick came back two days later and struck out eight more Cyclones in a complete-game triumph. Her three-run homer in the third inning was the difference in the 5-3 win.