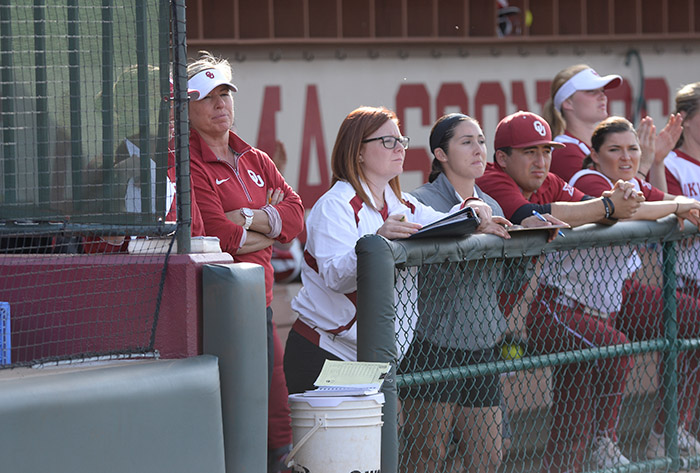 LOUISVILLE, Ky. – National champion University of Oklahoma was voted as the 2016 NFCA Division I Coaching Staff of the Year, the Association announced on Wednesday.

The Sooners (57-8) won 33 of their final 34 games in route to the program’s third National Championship in their 10th trip to the Women’s College World Series. OU defeated Auburn in a grueling three-game series, earning a pair of thrilling one-run victories in games one (3-2) and three (2-1). On their way to the championship, the Sooners toppled four of the top 10 national seeds, including two-time national-runners-up Michigan.

With just one league loss on its schedule, Oklahoma took home the 2016 Big 12 championship. The Sooners also advanced to their seventh consecutive Super Regional and have participated in postseason play in each of her 22 seasons.

Awarded her fifth straight (ninth overall) Big 12 Coach of the Year plaudit, the NFCA Hall-of-Famer eclipsed the 1,200-win mark during the 2016 campaign with 1,085 triumphs coming with the Sooners.