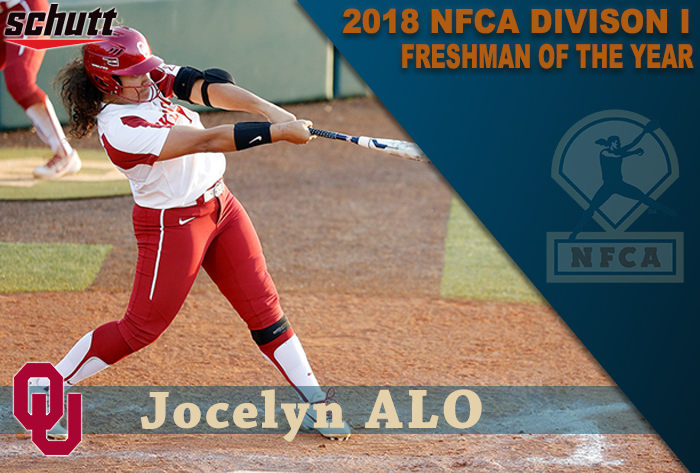 Alo is the second Sooner to win the award as current teammate, senior Paige Parker took home the honors in 2015. Along with the Parker, 2016 recipient Amanda Lorenz of Florida and 2017 winner Rachel Garcia of UCLA are all participating in this year’s Women’s College World Series.

In its fifth year, the Schutt Sports / NFCA Division I National Freshman of the Year award was created to honor outstanding athletic achievement among Division I freshmen softball student-athletes. The top three and the finalists are voted on by the NFCA’s Division I All-American Committee, consisting of one coach from each of the Association’s 10 regions.