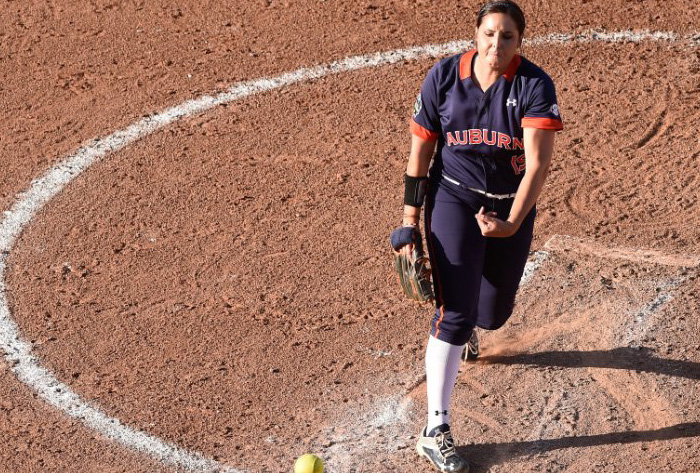 OKLAHOMA CITY – Auburn scored three runs in the top of the seventh to rally past Georgia, 4-3, and advance to the semifinals of the Women’s College World Series, Saturday evening at ASA Hall of Fame Stadium.

Trailing 3-1 entering the seventh, nine-hole speedster Victoria Draper started the frame with a single and leadoff Tiffany Howard reached on an error to put runners on the corners. Kasey Cooper made it 3-2 with a hard grounder through the right side and Emily Carosone followed suit on the next pitch to even the contest with no outs. After a pop up, Jade Rhodes hit a hard grounder to second. Carosone hesitated just enough to allow Rhodes to be safe and Cooper to score the winning run.

Rachael Walters' relief performance in the circle gave the Tigers a chance for the comeback. After allowing a run in the third and fourth (unearned), the southpaw retired 10 straight before a two-out walk and bunt single in the seventh put the winning run on first. She would regroup and make a nice snag and throw on a bunt to end the game and earn the win.

Walters (11-3) went the final five innings, allowed two runs, one earned, on four hits with two strikeouts and one walk. Makayla Martin, who started, surrendered a run on three hits in two innings of work.

Carosone was 2-for-3 with a double and two RBI, and Howard scored twice for the Tigers.

Auburn grabbed a 1-0 lead in the top of the first on Carosone’s sac fly.

The Bulldogs pushed ahead 3-1 with single runs in the second, third and fourth innings. An RBI single by Katie Browne evened the game. Samantha LaZear scooted home on a passed ball to put her team on top and Maeve McGuire added the third run on a RBI double to the left center fence.

Alex Hugo finished 2-for-3 with a double and two runs scored. LaZear recorded a pair of hits as well. Chelsea Wilkerson (28-8), who was outstanding through first six innings, suffered the defeat. She went six-plus innings, allowing four runs, one earned, on seven hits. She struck out five and walked one. Brittany Gray pitched an inning of scoreless relief for the Bulldogs.