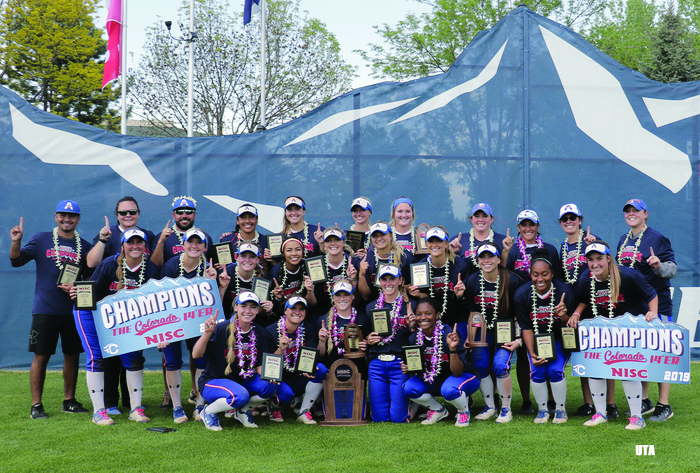 FORT COLLINS, Colo. – UT Arlington walked off witha 4-3 win over Iowa State to capture the 2019 NISC Championship. With the score deadlocked at 3-3,  Aileen Garcia lined a one-out RBI single through the right side, plating Krista Rude with the game-winning run.

The Cyclones (37-25) used just three pitches to put two runners on base in the top of the first.  A sacrifice bunt pushed the runners into scoring position before an RBI groundout by Sydney Stites put Iowa State on the board, followed by Sally Woolpert's run-scoring single pushed the lead to 2-0.

The Mavericks (36-27) answered in the bottom half of the inning. Whitney Walton led off with a triple down the right field line and was driven in by tournament MVP Garcia.

In the bottom of the fourth, UTA used an error on a Burchianti hit and a Walton walk to put runners on the corner. A delayed Burchianti steal home caused a throwing error by the second baseman, allowing her to scoot home with the tying run. With two outs, Curry laid down a squeeze bunt to score Walton, beating out the throw at first along the way to take a 3-2 lead.

Iowa State loaded the bases with three walks in the fifth inning.  The Mavs tried to turn a 3-2-4 double play with a ground ball to first base, but an errant throw to first allowed the game-tying run to score.

Allie Gardner tossed 2.2 innings of scoreless relief, allowing her team to walk off with the victory. She allowed just one hits, struck out two and did not walk a batter.

Iowa State's Emma Hylen suffered the defeat in relief. She surrendered two unearned runs on four hits with a strikeout and two free passes in 2.2 innings of work.