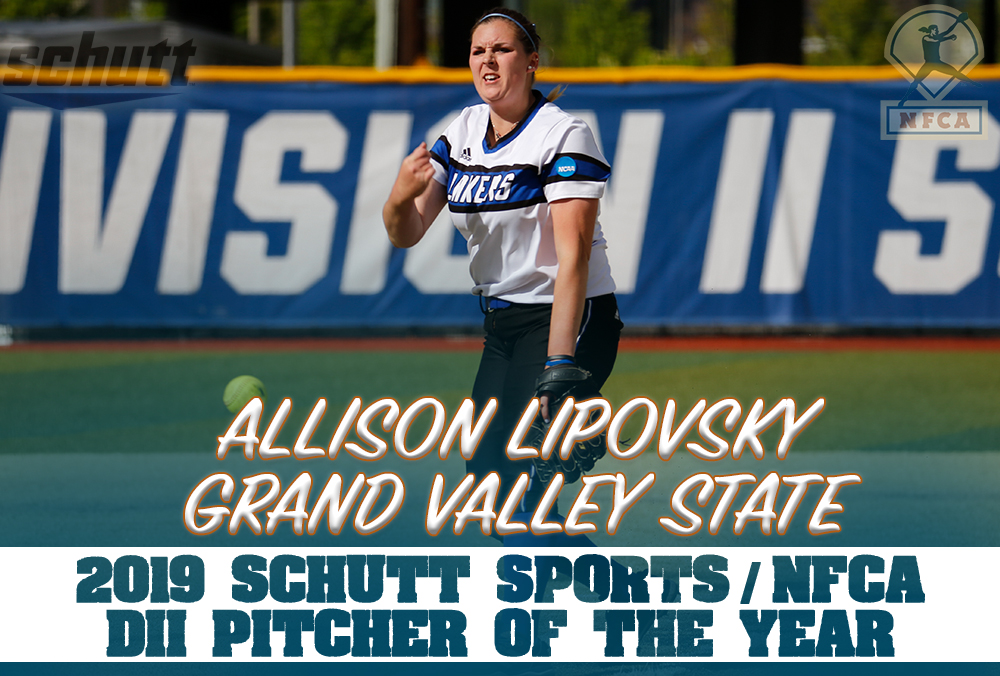 A three-time GLIAC Pitcher of the Year, Lipovsky racked up program-record 33 wins, tied for the top spot nationally, with a 0.94 ERA in 39 starts. In 252 innings of work, the hard-throwing righty struck out a  Division II-best 362 batters, while opposing offenses hit just .158 against her. She recorded the most shutouts in Division II with 18 and finished third nationally in ERA, fifth in hits allowed per seven innings (3.92), fifth in strikeouts per seven innings (10.1) and ninth in strikeout-to-walk-ratio (7.10).

The other two hurlers on the list of finalists were Concordia Irvine’s Callie Nunes and North Georgia’s Kylee Smith.

The award was created in 2015 to honor the outstanding athletic achievement among softball student-athletes throughout Division II. In 2019, the award was split into two categories with a new Pitcher of the Year plaudit coming out of it.