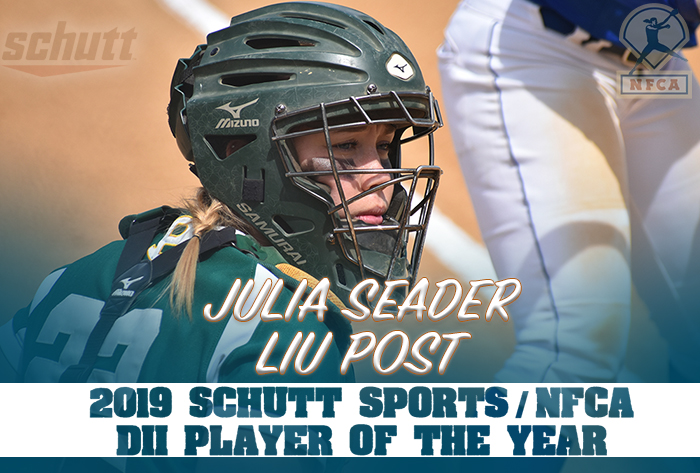 Seader capped off her career with an NCAA Division II-best 173 total bases to go along being ranked fifth nationally with 91 hits and 12thin slugging at .832. The top offensive threat in the ECC, Seader led the league with a .438 batting average, 17 doubles, 63 RBI and a .506 on-base percentage. Additionally, Seader was tabbed the top catcher in Division II earning the 2019 Diamond Sports / NFCA Catcher of the Year award.

The award was created in 2015 to honor the outstanding athletic achievement among softball student-athletes throughout Division II.