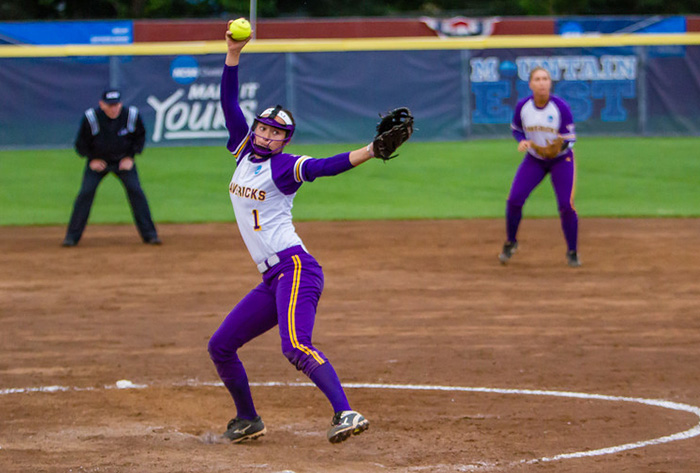 With the victory, the Mavericks are one win from a National Championship. First pitch for game two is set for Monday at noon ET. The Rambelles (60-6), who suffered their first loss of the postseason, must win to for an if necessary “winner take all” contest.

Coley Ries (40-3) went the distance as she fanned 11 and allowed just three hits to collect her 40th win of the season. She tossed six shutout innings before allowing an unearned run in the bottom of the seventh.

A red-hot Alyssa Rickels gave the Mavericks a 2-0 lead in the top of the second with a two-out, two run single down the leftfield line. Providing production from the nine-hole, Rickels was 3-for-3 for the second straight game and is 8-for-11 with three RBI and three runs for the tournament.

Cori Kennedy added an insurance run with a long solo home run to left in the sixth. Minnesota State pushed across two more in the seventh for a 5-0 cushion.