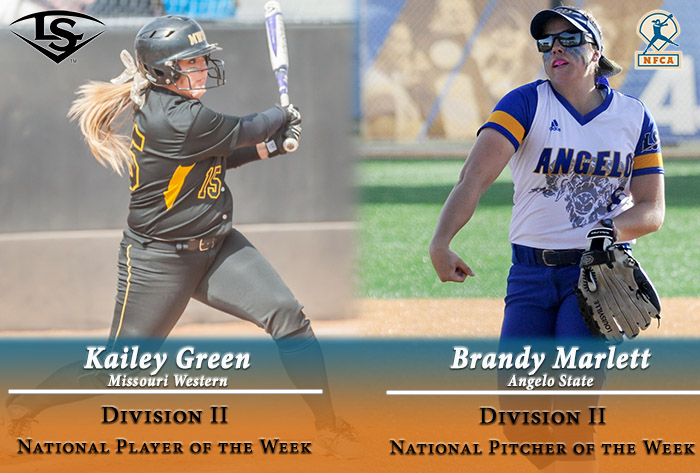 Green homered in four of her seven plate appearances and finished a doubleheader against Lindenwood 5-for-6 at the plate with seven RBI and four runs scored. The senior launched two round trippers in each contest attributing to her astronomical 2.833 slugging percentage. She also drew one free pass to post a .857 on-base percentage. The MIAA Hitter of the Week’s home run barrage moved her into sole possession of fourth place in the program’s career annals.

Marlett had a career week for the newly-minted No. 2 Rambelles, going 3-0 with a 0.74 ERA, 36 strikeouts to just three walks in 19 innings of work. She tossed two complete-game shutouts, fanned a program-record 17 in game one at Eastern New Mexico and held her opponents to a .121 batting average. The junior from Henderson, Nev. opened her week with an impressive outing against then-No. 3 St. Mary’s, holding the Rattlers to zero runs on two hits with 10 strikeouts in a 10-0 five-inning victory. Marlett, the Lone Star Pitcher of the Week, capped off her outstanding performance with a two-hit shutout at Eastern New Mexico in which she tallied nine more strikeouts.